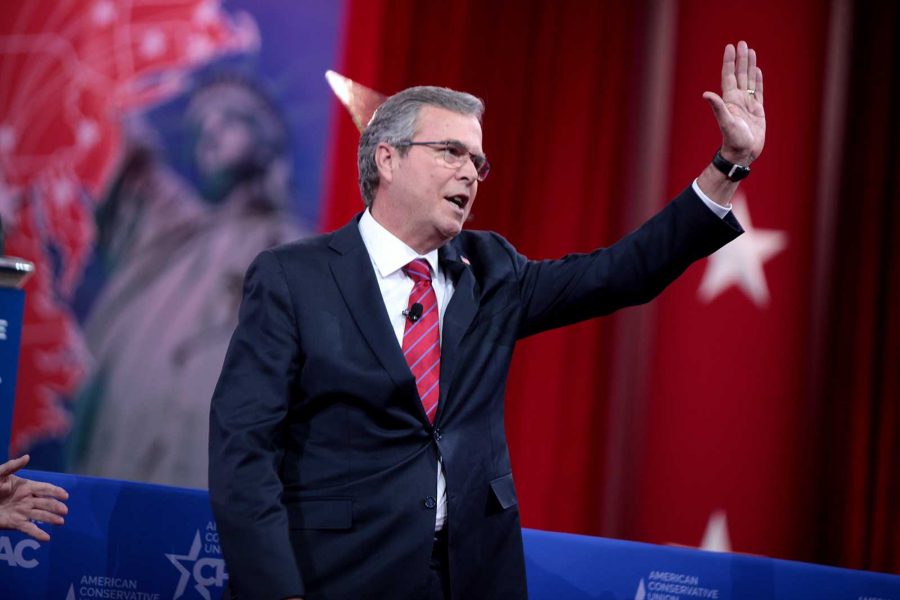 Former Florida Gov. Jeb Bush dropped out of the Republican presidential race Saturday after coming in fourth in the South Carolina primary. Bush raised a total of $157.6 million during his campaign, second only to Democratic candidate Hillary Clinton with a running total of $188 million. Bush did have the most contributions from Super PACs by a large margin, with $124 million coming from Super PACs and other PACs.

Instead of funding his campaign, here are 14 things Bush could have spent his money on.

On average, the first year you own a dog, it costs $1,270. Bush could have purchased 123,622 dogs and paid for all of their medical costs, food and other supplies for a full year. This is nearly one dog for everyone living in Fort Collins.

With the average price for a Fuzzy’s margarita at $5, Bush could have bought a little over 31 million margaritas. And he could probably use one right about now.

New Belgium’s newest beer, a tangerine IPA, costs about $8 for a six pack. Or, if he wants more beer for his buck, he could buy 8.7 million 30 packs of PBR.

With weed prices in the Denver metro area averaging at about $228 per ounce, Bush could have bought almost 690,000 ounces, or about 20 tons, of marijuana. Too bad weed is not legal in Florida, where Bush currently lives.

At the student or matinee rate, Bush could have gone to see Deadpool 20.9 million times — he would be watching the movie for 4,294 and a half years straight.

With the fancier pizzas, like 7 cheese or spinach, costing $12.99 for a large, he could buy 12 million pizzas. He ended up only spending a small portion of his campaign money on pizza, approximately $3,583. That’s just a missed opportunity.

Whether it be barbacoa, steak or carnitas, Bush could have bought 23.6 million burritos. With that much money, Bush could have purchased 94,779 burritos each day. And even more if he prefers chicken.

The most popular car in Colorado, a 2016 Subaru Outback, costs almost $25,000. That’s enough to give one away to each incoming student at CSU and still have around 2,000 cars to spare.

Lokal is one of the newest apartment complexes in Fort Collins, towering over other nearby complexes like The District and Ram’s Village. With rates starting at $750 per month, Bush could afford to live there for 17,444 years.

71 percent of the on-campus stadium

With the new on-campus stadium cost estimated at $220 million, Bush could have paid for 71 percent of it. But with the help of Republican presidential candidate Ben Carson, who has raised $68 million, they could pay for the stadium and have $5 million left over.

Sen. Bernie Sanders has raised a little over $96 million in campaign funding. Bush could have funded Sanders’ campaign a little over one and a half times, albeit without the grassroots organization.

…to help struggling young businessmen start their companies, of course.

Collegian News Editors Sady Swanson and Erik Petrovich can be reached at news@collegian.com.