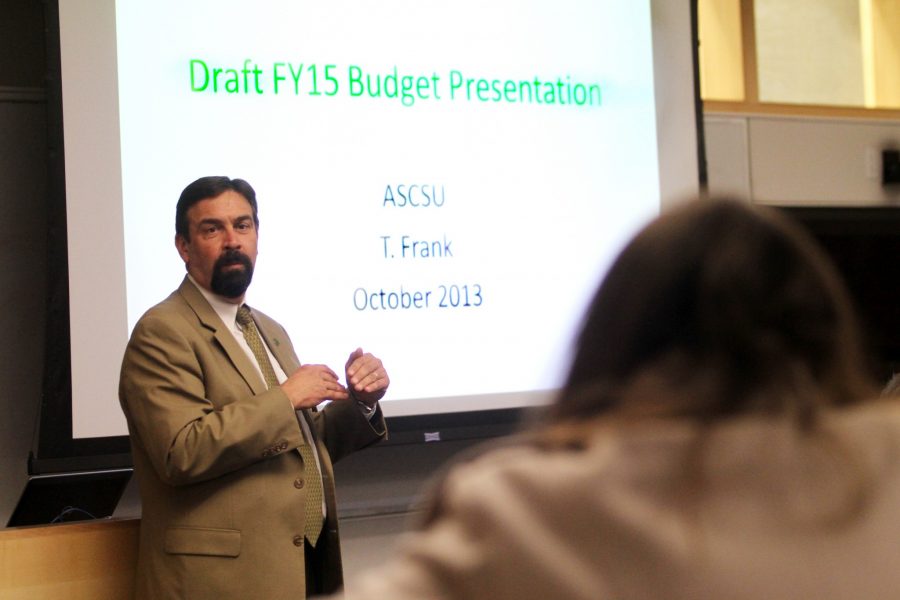 At Wednesday’s Colorado State University budget hearing, committees from each department made requests for increases to their budgets and administration discussed the current draft of next year’s budget.

The announcement by Colorado Governor John Hickenlooper in November that the Colorado budget includes possible cuts to higher education decreased the CSU budget from about $23 million to $19 million.

The committees who evaluated the proposals from different University departments and organizations presented their recommendations for funding using the $19 million in discretionary money from the University for what they believe are the top priorities.

Provost Rick Miranda said that the current draft of the budget has not changed much since it was presented to the Board of Governors in December.

Miranda said that the $19 million is assuming that the same amount of students enrolled this year will be enrolled at the University next year, even though enrollment usually increases each year.

The President’s Office, Public Safety and Diversity initiatives committee declared that adding a full-time staff person to support initiatives related to women and gender equity and affordable housing is their highest funding priority. Currently this position is a half-time position, so the $34,978 request covers base funding for a full-time position.

“This person would provide a lot of analytical support and logistical support and really help keep those initiatives on track,” Nagel said. “This is clearly a very important initiative for the University. The proposal did a nice job of showing evidence of need … there is high potential for impact across the campus for this particular position.”

Better accessibility for the disabled, international students,GLBTQ2A community, bicyclists and working mothers is a priority @CSUCollegian

The committee recommended giving partial funding to this initiative, which would cover building remodels to address inclusivity including meditation, prayer and reflection rooms, lactation rooms and more gender-neutral bathrooms.

The proposal also addressed increasing exterior signage for pedestrians and cyclists and increasing symbology on signage for those for whom English may not be their first language.

“This is a way to bring our campus into a more current practice,” Nagel said. “(University of Colorado) Boulder and UC (Colorado Springs) already have police equipped with body cameras.”

Proposal requests a one-time cost of $49,469, but the committee recommended a pilot program first.

The Academic Computing and Networking Services, which supports the University’s central computing requirements including email services and classroom support services, has exhausted its available electrical capacity to serve campus. A proposed $42,000 was requested to upgrade the power distribution for the main data center.

The Engagement, Advancement and External Relations committee recommended fulfilling the $41,680 request to establish a permanent position for a PhD scientist at the Colorado Water Institute.

“This would be strategically important to CSU and to the world population,” said Lynn Shore, a member of the committee.

The College of Liberal Arts also requested $71,000 for wind, string and percussion instruments to be used in music education. There is currently a shortage of instruments needed to allow students to meet the requirements of their major.

The College of Natural Sciences requested between $120,000 and $163,000 for the Little Shop of Physics, an outreach program that provides hands-on science experience for K-12 students and involves undergraduates in service opportunities.

The College of Business requested funding to replace classroom audio/video (AV) control systems. The AV control system in place is outdated and unsupported without firmware or software updates, according to the proposal. This was a top priority for the committees because it may be a “ticking time bomb” and will impact faculty and students, according to the committee’s recommendation.

The College of Veterinary Medicine and Biomedical Sciences requested base funding for supporting courses in the Equine Reproduction Laboratory. Funding for the past 30 years has come from the college, but the program is facing elimination.

Miranda said they set aside a little over $500,000 for increases in salary for faculty promotions. Currently, when an assistant professor is promoted to an associate professor, they receive a 5 percent salary increase and a 10 percent increase when they are promoted from associate to full professor. The aim for the next budget cycle is to give assistant professors a 10 percent salary increase when promoted.

Provost Rick Miranda says they plan to give bigger raises to professors promoted from assistant to associate. @CSUCollegian #CSUbudget