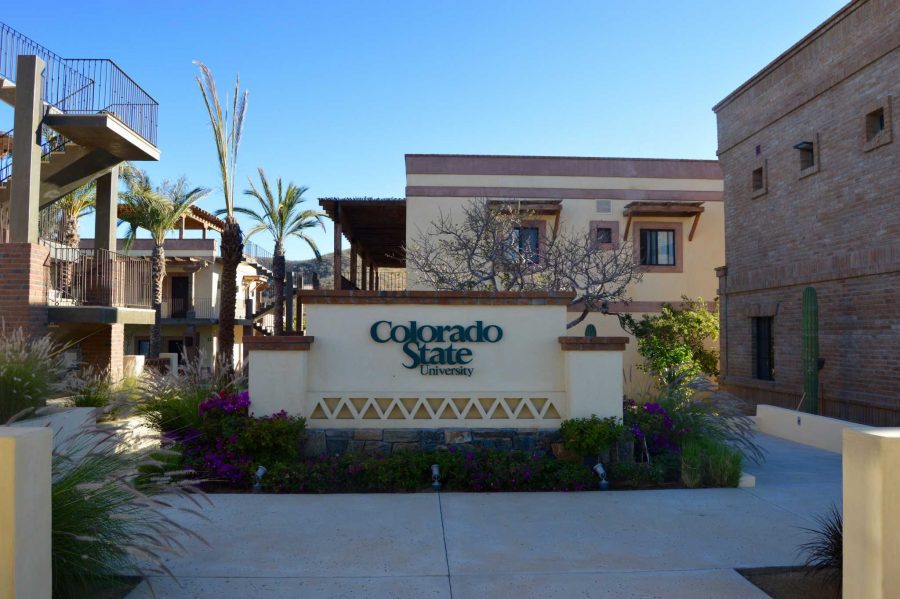 Over the past year, an activist group from Todos Santos, Mexico has published documents showing what they claim to be evidence that Colorado State University has restricted academic and research freedom at its center that was donated by a major housing development.

The group, Truth Santos, asserts that CSU cannot publish research or conduct work that could negatively impact MIRA, a major housing developer, that could have various environmental and social effects in the region of Todos Santos.

Both CSU and MIRA have denied these claims and state that the University has complete academic freedom. However, supported by documents received through freedom of information requests, Truth Santos says these assurances are false.

In February 2014, CSU Director of Projects and Special Partnerships Kim Kita wrote in an email to Ernie Glesner, the project director for Tres Santos: “Also, from your perspective, what types of water research might CSU be able to provide that could help Tres Santos? I.e. if you had a wish list for CSU in this area, what would it be?”

Water is a scarce commodity in Todos Santos — many residents go days and weeks without receiving any. One of the major concerns about the housing development has been how they will have enough water to possibly triple the size of Todos Santos.

A major claim from members of the Truth Santos group is that CSU’s presence allows the housing development to “greenwash” sensitive issues such as water.

“I personally feel (CSU) has been duped into this situation, and it’s really unfortunate because locally, it’s creating an image that I don’t believe CSU truly deserves for their own history,” said John Moreno, a lawyer and local activist lobbying against the Tres Santos development.

Of the emails and documents Truth Santos received through information requests, many things including some people’s names, attachments and responses from MIRA officials, have been redacted, leaving only CSU responses in email chains and other summary reports.

In an email titled “CSU Research Possibilities” from October 2014, Kita wrote to both Glesner and also Javier Barrios, the CEO of MIRA, and said, “ I wanted to let you know that I spoke with several faculty and they will be ready to receive your brief document describing the types of research and outcomes MIRA is inviting from CSU.”

In a letter to the editor to the Collegian, Kita wrote that CSU has total freedom from MIRA.

“CSU upholds research and academic freedom across all of our work and campuses, including the CSU Todos Santos Center,” Kita wrote.

Still, members from Truth Santos insist the University is guided by the housing development, in part because of clauses in the donation agreement that mention ways in which CSU could lose the CSU Center.

A post from the Truth Santos website states, “If CSU academics openly question anything about the development, the University could forfeit more than $1,000,000 of Colorado taxpayers’ funds that have been spent to date on the construction and opening of CSU’s Tres Santos Campus.”

There are various clauses in the donation agreement that make it possible for CSU to lose the center. The breaches include CSURF going bankrupt or taking “action that is fraudulent or intentionally misrepresents and that action materially prejudices the brand of MIRA,” said Donna Baily, an attorney for CSURF.

However, that breach of contract would take strong and false allegations, unlike what Truth Santos described, according to Baily. The published research or claim would have to impact MIRA’s bottom line and be false for there to be true ramifications.

In a public letter sent to Kita, Barrios asserted that research would not fall under that clause of breaching the contract.

“We do not consider CSU’s customary research activities – even research that might yield results that are critical of the Tres Santos development – as an event of default under the Trust Agreement,” Barrios wrote. “To the contrary, we look forward to benefiting from the results of CSU’s research in the area, particularly when those results show us new or different ways to solve common problems and improve our community.”

However, activists against the development have disregarded claims made by the developer, citing perceived rumors and falsehoods from the company as reasons not to believe them.

“They want to control the media and spin,” Moreno said.

In an early summary report from nonprofit groups in March 2014, Kita wrote, “CSU can lend research and evaluation, and can partner on some of the research for Tres Santos. I believe from a credibility perspective, the best environmental information will come from partnering research efforts among CSU, UABCS, and local NGOs. CSU cannot be the only research voice, since we are already a partner within Tres Santos.”

Other documents Truth Santos obtained through information requests include early stage meeting minutes from a 2013 conference call with CSU and MIRA PR.

“CSU public position might be seen as a little more distant than what the partnership actually is,” the document states. “We can’t be seen as promoting a private entity.”

In response to this document, CSU Spokeswoman Christiana Nelson said the statements, “were part of a preliminary conversation full of “what-if” scenarios and possible reactions to the partnership, as well as thoughts on what opponents might say – and in no way are to be construed as anything more than that, nor should they be seen as supporting the accuracy of those claims.”

“CSU is and has been cognizant of the fact that there are some who oppose the development, and this discussion was part of having that conversation,” Nelson wrote in an email to the Collegian. “To portray it as anything more than that is inaccurate and completely out of context.”

According to Baily, under legal definitions a partnership means there is a shared goal.

Collegian Executive Editor Skyler Leonard can be reached at news@collegian.com or on Twitter @Skyler_Leonard.