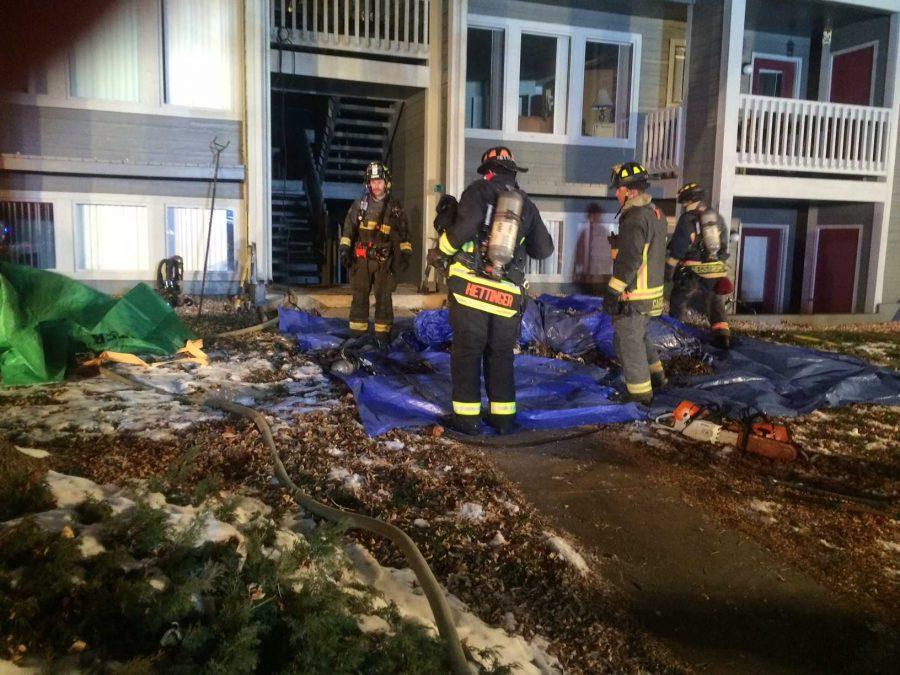 Residents in an apartment unit at 1050 Hobbit St. awoke early this morning to discover a fire in their attic.

At around 5:10 a.m., residents were woken up by the sound of a smoke detector. They found smoke in the outside stairwell and noticed the wall was “hot to the touch,” according to a press release.

After calling 911, all 16 of the residents evacuated. Firefighters arrived about four minutes later and brought the fire under control in 15 minutes. The cause of the fire is still under investigation.

According to the press release, damage was confined to the area around the fireplace. Three units suffered smoke damage and three residents will be displaced while the damage is repaired and the apartment is cleaned up.

Collegian Breaking News Editor Sady Swanson can be reached at news@collegian.com or on Twitter at @sadyswan.