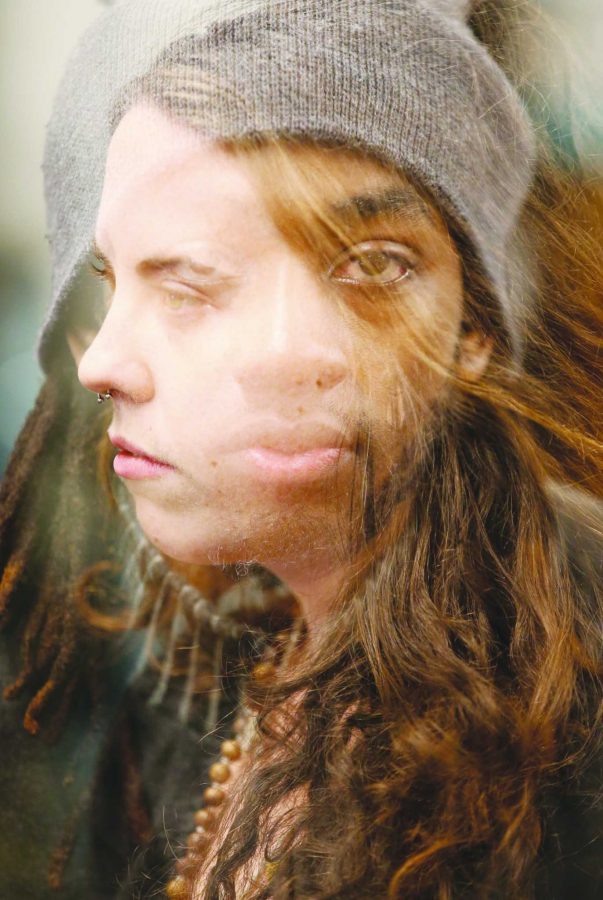 Looking around a CSU Honors Program classroom, there are over-achievers, academic leaders, creative thinkers and innovators. Also, almost everyone in the room is white.

Out of the 391 freshmen in the CSU Honors Program in fall of 2015, 317 students identify as white, according to the new student profile.

Selena Palomino, a junior studying ethnic studies and communication studies, said she has felt isolated and uncomfortable as one of the only Latina students in the Honors Program.

“It seems to me that the Honors Program is only offered to white students,” Palomino said. “Only certain people have the opportunity to receive an outstanding education. I think it’s very clear in the numbers who does and who doesn’t.”

Anne Marie Merline, a professor in Honors for 13 years, said she could only fill one hand with the number of Black students she has seen in her classroom, and perhaps only two hands when considering all ethnic minority groups.

“It’s sad because all the courses that I teach have different social groups, and you feel really stupid having a conversation about social groups when all you have in front of you are white, middle-class kids,” Merline said.

The Honors Program for fall of 2015 had less than 1 percent of Black, Latino and Native American populations respectively.

“I want to make sure, as a program, we provide a welcome and nurturing environment and make sure that students from ethnic diversities are part of the equation,” said Don Mykles, the director of the Honors Program. “Am I satisfied the representation in ethnic diversity? I’m never satisfied with that.”

Diane Burton, the assistant director of the Honors Program, said there is a “diversity of opinions,” even when there is not a diversity of “color of skin” in Honors classrooms.

“They might all look white,” Burton said, “But when you start peeling that down, there’s all kinds of diversity.”

Burton said that for some students, college is the first time they meet someone who does not look like them.

Cori Wong, special assistant to the President for Affordable Housing Initiatives and instructor in ethnic studies, worked in the Honors Program from January of 2014 to June of 2015 and directed much of her time there toward creating a more inclusive environment.

“What is being done to make sure that diversity of background is actually affirmed, engaged and utilized for the educational benefit of the students?” Wong said. “The differences among students needs to be meaningfully welcomed, acknowledged and affirmed to avoid merely tokenizing difference.”

Mason Weiss, a junior in Honors and a Latino said he felt “more Latino” than in other places on campus, because of his “noticeably darker” skin tone, compared to other students.

“I could sort of just shift into the whiteness,” Weiss said.

Why is it important?

One of the largest components of the program is the discussion-based Honors seminar, and diversity adds unique perspectives to the conversation, according to Mykles.

“The seminars are much more effective if we have students from as many different backgrounds as possible,” Mykles said. “Not only from ethnic backgrounds, but also international students, first-generation students, socio-economic status and cultural background.”

Palomino said during at least one semester of the required Honors seminars, she was the only person of color in her classroom, something that was stigmatizing.

Palomino described one particular distressing experience during Diversity Week in the peer-mentoring component of her first-year seminar.

Latino-Americans were left out of the examples, according to Palomino.

She said she remembers seeing stereotypes written such as racial and homophobic slurs. After writing the labels, students were then instructed to rip up the papers, symbolizing a breaking down of stereotypes.

Palomino recognized that this exercise was an effort toward having a conversation about diversity, but wanted more diversity training to be facilitated with those leading the conversations.

According to Burton, the Honors Program sends invitations to a pool of academically-qualified students who have already been accepted to the University, and have a minimum GPA of 3.7 or an ACT composite score of 30. Burton said anyone is welcome to apply, regardless of receiving an invitation.

A report from the Economic Policy Institute in 2013 found that American public schools are more segregated today than they were 40 years ago, before Brown v. Board of Education in 1954.

Merline said that because of the unequal distribution of resources within today’s neighborhoods and schools, today’s segregation is not by law, but de facto.

“Grades require supportive communities and supportive schools, and you just don’t find that in inner-city or rural areas where more of our minorities are,” Merline said.

Oftentimes, middle-class white communities have resources that foster an environment of success for students, where as minority communities might not have these advantages, according to Merline.

To encourage diversity in CSU Honors, Palomino said a better effort could be made to inform people of color about the program.

“If you’ve never been exposed to those types of opportunities, how would you know how to apply (for the Program)?” Palomino said.

One of the efforts that Wong made, with the help of Honors students concerned with diversity, was revise the Honors Program application to mitigate against opportunities for implicit bias. Students did research to compile questions that were more inclusive, and submitted their revised application to the program.

Other than sending invitation letters to those meeting academic requirements, the Honors Seminar does not seek out students to apply to the program.

Merline said recruitment can be hard because people of color are sometimes stigmatized for excelling in education in their minority groups.

She recalled one Honors student being called an “oreo” — black on the outside, white on the inside. This is an example of a euphemism used as a micro-aggression, an unintended discrimination against minority populations.

“How can you want to succeed when people of your ethnic community are talking about you like that?” Merline said. “It’s not pretty on any level, but it’s pretty indicative of what happens in the Honors Program.”

Palomino participated in a bi-weekly group Wong started to foster an environment where students’ identities could be affirmed and valued.

After her first year, Palomino wanted to quit the program because she felt alienated, but decided to continue in the program for the sake of future students.

“I didn’t want to be another (Latina) student who gets intimidated and drops out,” Palomino said. “I want to show them, despite whatever obstacle they have … they have someone to look and say, ‘If she can do it, I can do it.'”

“If we’re not having mixed-race classrooms anymore, how can we learn if we’re only looking at ourselves in the mirror?” Merline said.

Mykles said the Honors Program has improved with talking about the issue of diversity in the program.

“We’ve made great strides with how we’ve talked with students about diversity,” Mykles said.

Kaitlyn Beaudet, an Honors sophomore studying sociology and philosophy, said that talking about diversity is only the first step.

“There’s a fine balance of trying to promote diversity without forcing it,” Beaudet said. “You don’t want to just get a group of Black people and throw them in the Honors Program.”

Beaudet and Palomino both called for the University to mandate diversity classes to address the perpetual cycles of privilege and oppression within society.

“It’s important for people of diverse backgrounds to have their voice heard, even in a space that is predominantly white,” Palomino said.

Collegian Reporter Hannah Hemperly can be reached at news@collegian.com or on Twitter @kawanhannah.