As 99-year lease of the ‘A’ runs out, city explores continuing CSU’s access 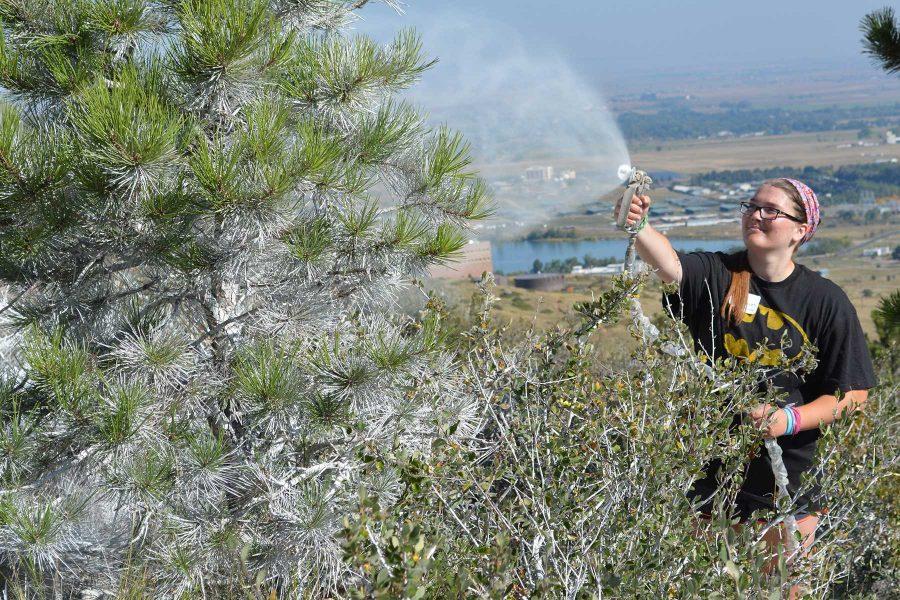 Zoology freshman, Susan Brown, sprays a tree white as part of Paint the A. Everything within the perimeter of the A is painted white, including the rocks, bushes, shrubs and trees. (Photo Credit: Megan Fischer)

Since 1923, it has been a tradition for freshmen coming to Colorado State University to repaint the “A” in the foothills of Horsetooth every September. As the clock ticks down on the 99-year lease of the area, set to expire by 2023, the City of Fort Collins and the CSU Board of Governors are beginning to look at new options to continue allowing CSU students to access the Maxwell Natural Area, where the A is located.

If the lease runs out without a plan to continue CSU’s access to the Maxwell Natural Area, CSU may not be able to continue what has been a nearly 100-year tradition.

One such option may be to get rid of the lease altogether and replace it with a plan to allow CSU to have permanent access to the A during certain times of the year. To do this, City Council must speak with the CSU Board of Governors about an easement plan.

The proposed easement plan would grant CSU students the right to use the Maxwell Natural Area specifically for repairing and maintaining the A every year. It would not give the land to the University, but would instead grant passage for the purpose of maintenance alone, as the land is owned by the city.

If passed, the plan would also allow the University to carry out some other activities in the area that currently require permission from the Department of Natural Areas each year.

The easement plan will be discussed Dec. 15 at the second-to-last City Council meeting of the year.

The A was first painted in 1923, taking six hours to complete. It now measures 210 feet wide and 450 feet tall and is visible to pilots from as far as 60 miles away, according to the University website. Every year since then, students have hiked to the Foothills to paint the letter white, keeping it visible in most weather conditions to the students of CSU and locals around the campus.

The white paint used on the vegetation and rocks of the A is deemed to be “environmentally sound” by the Environmental Health Services department at CSU and poses little threat to the surrounding natural area.