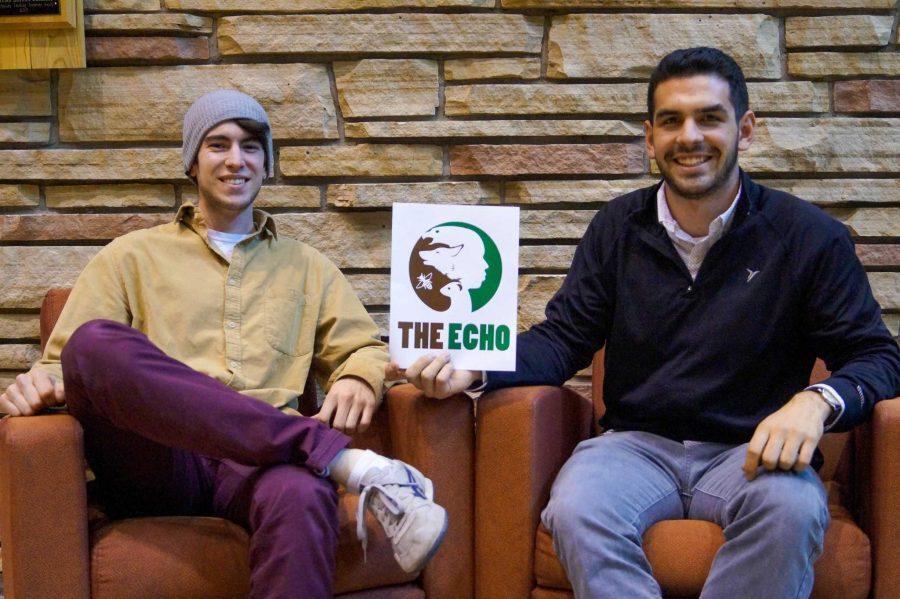 Two seniors at Colorado State University are developing a film series and podcast on human-wildlife interactions.

The students uploaded an explanation of their project to its Youtube channel.

The videos will be uploaded to a Youtube channel and will be 10 to 15 minutes long.

Davis and Juneau said they were inspired to create the series from watching shows like Steve Irwin, Jeff Corwin and Zaoboomafoo as kids.

“Recently, we felt like there’s been kind of a drop off from that and Animal Planet does like, more entertainment stuff now rather than focusing on animal stuff,” Juneau said. “So, when we were thinking about it, we thought it would be cool to like talk with people and just hear about what they’re doing and kind of educate the public.”

They named the series “The Echo” because they are talking to professionals and “echoing” the information back to the public in a way that’s more accessible.

Juneau and Davis will be talking to organizations such as the wolf sanctuary, the Rocky Mountain Raptor Program and the Climbers for Bat Conservation.

“Sometimes you need that middle man to understand,” Davis said. “It’s not like people can just go out on their own and find out about wildlife, nor will they have the willpower to just go do it on their own, so making it as accessible as possible is the best option if you want people to know this information.”

Through an Indiegogo campaign, they raised $725 in 21 days, almost half of their goal of $1,500. The money will go toward funding for equipment and other things, such as travel expenses.

David and Juneau are hoping to produce the first video by the end of the fall 2015 semester. They will be talking about animals such as wolves, raptors and bats.

“Wolves are always a pretty hot topic,” Juneau said. “Especially nowadays, with reintroduction considered in a lot of places, whether people like them or not. The more informed people are about these species, the better source they’ll have to draw from with their own opinions.”

Both Juneau and Davis hope to get support from Rocky Mountain PBS in the future.

“We think people have this genuine curiosity about animals and wildlife,” Juneau said. “I think it’s pretty exciting to think about the future of ‘The Echo,’ because right at this point it’s starting to gain traction.”

Like Juneau, Davis said the videos have a lot of potential.

“If we can continue making these videos and educating these people, the sky’s the limit,” Davis said.

Collegian Reporter Seth Bodine can be reached at news@collegian.com or via Twitter @sbodine120.