Students connect with their identities during Native American Heritage Month 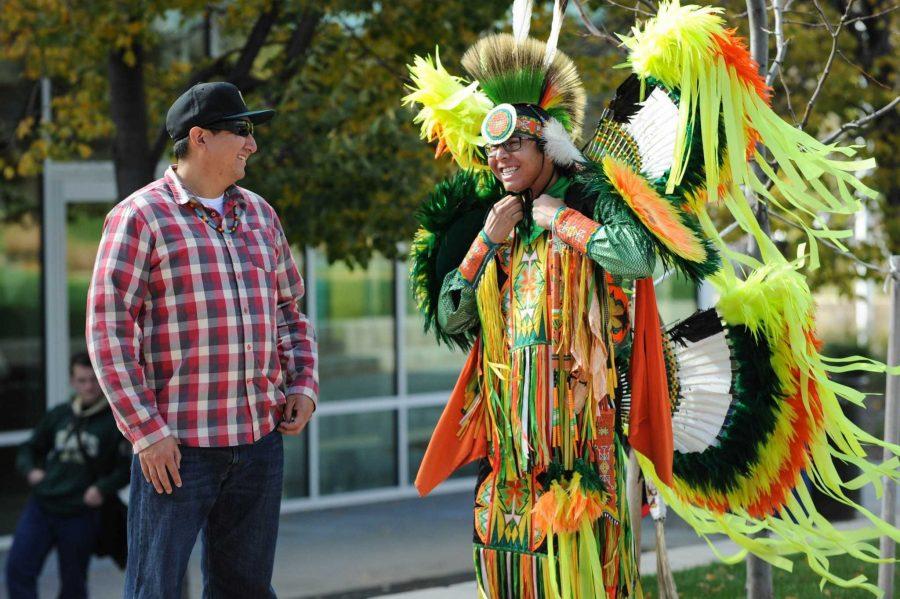 Family, community, friendship and support are all qualities that students have found unique to the Native American population at Colorado State University.

“Being a Native American is about being in touch with my roots and heritage and celebrating that culture,” said Miranda Kurtz, a third-year wildlife biology student.

Kurtz, who identifies with the Cherokee tribe, said she would not be on her way to graduating if it wasn’t for the support she has received over the years.

When Kurtz came to CSU, she was struggling with her PACe math courses and was nervous about getting help. But when she reached out to the Native American Culture Center, it was the first time she got help that was catered to her need.

The NACC offers many resources to their students including tutoring, mentoring, social support and scholarship help. They do outreach programs at elementary, middle and high schools to recruit young students to attend CSU. Native Women’s Circle is held once a week, where they work on activities to further build a sense of community. The NACC is open and welcoming to all students and community members.

With a population of 558, which is equal to less than 1 percent of the student body at CSU, it can be a struggle for Native Americans to be a visible part of the community and find a place where they belong.

Avery, who identifies with the Navajo, Shawnee and Lakota tribes, came from Durango, Colorado, where he was always surrounded by fellow Native Americans and other identities. The NACC helped him transition and find the support and community he once had in Durango.

CSU students are fortunate enough to be on a campus that celebrates diversity, with centers that cater to students’ needs, said Tiffani Kelly, the assistant director of the NACC who identifies with the Choctaw Nation of Oklahoma. Rather than providing one multicultural center, CSU offers several different cultural centers that accommodate for students with different backgrounds and needs.

Being Native American is more than just a title for many students and staff — it is about honoring their traditions and history and recognizing what their ancestors went through for them to be where they are today.

“It means honoring my family and being able to continue my education to create a positive influence in my community,” Kurtz said.

It is unsettling for many Native Americans, however, to see their culture and identity viewed as a joke. Kurtz said she wishes people understood the magnitude behind symbolic cultural ideas that are talked about lightly in society. She used Halloween as an example of people being inconsiderate toward the Native American identity and wearing falsely representative costumes.

November is Native American Heritage Month, and the NACC will be putting on events throughout the month for the community to celebrate the culture and bring awareness.

“There were over 100 tribes that inhabited these grounds before CSU purchased them and it is important for the CSU community to recognize that,” she said.