Proposition BB could return marijuana revenue to taxpayers, marijuana consumers if not passed 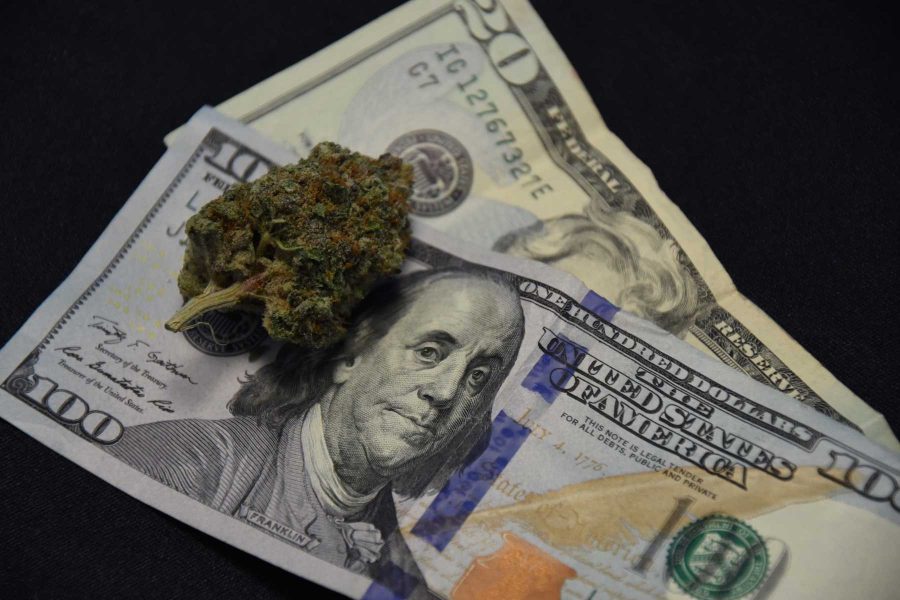 Proposition BB is on the ballot for Nov. 3. (Photo by Neall Denman).

Taxpayers might find a few bucks back in their pockets if Proposition BB fails Nov. 3.

Ballot Proposition BB would allow the state to continue to fund public schools and other state projects with marijuana tax revenue if passed.

The tax revenue from marijuana sales in fiscal year 2015 totals $66.1 million. The overall state budget was $270 million greater than the estimate voters had previously approved for 2015 spending. Because of this, the Taxpayer’s Bill of Rights requires the state to ask the voters whether they would like a refund of the discrepancy or if the state can spend the funds. Proposition BB asks voters if the $66.1 million in marijuana tax revenue should continue to fund state programs, or be refunded to Colorado taxpayers, retail marijuana cultivators and marijuana purchasers.

“TABOR requires a refund (if there is a discrepancy) — it doesn’t specify what that refund looks like,” said Pat Steadman, a democratic Colorado state senator and principle author of the bill. “So, it was up to us as legislators to try to mimic as closely as possible what the intent of the voters was when they passed TABOR in 1992.”

If Proposition BB fails, the majority of tax revenue from 2015 will be refunded to cannabis cultivators and consumers because the majority of the tax revenue was collected from them. Retail marijuana cultivators will be directly refunded $24 million. Refunds to marijuana consumers will be distributed by a temporary tax reduction on retail marijuana to 0.1 percent — this reduction would continue until the savings to consumers is equal to $17 million. The remainder of $25 million will be redistributed to Colorado residents who file a 2015 state income tax return.

If Proposition BB passes, the majority of the tax revenue would be set aside for school construction, among other state projects, as voted on in Proposition AA.

“(If passed), we have an opportunity to capture new money for critical services that we have always underfunded,” Democratic Colorado State Rep. Jonathan Singer said. “Whether that’s keeping our schools from crumbling, or putting money into addiction treatment, these are things that Colorado has historically really struggled with.”

If passed, Proposition BB will allocate the $66.1 million in marijuana tax revenue from 2015 to the following state funded projects:

“Proposition BB was referred to the ballot with strong bipartisan support in the legislature because we’ve seen two prior elections with voters expressing their wishes on this issue,” said Steadman. “Voters want marijuana to be legal, taxed and regulated. The proposition keeps the whole system working as intended.”

School districts in Colorado will not directly receive the extra $40 million for school construction. Instead, it will go to the competitive grand fund, Building Excellent Schools Today — school districts must apply to receive a grant from the fund. The money could be used for construction of new schools, renovation of existing public school facilities or addressing critical public health and safety issues.

“I think it is fair to use the money for what the marijuana businesses believe they are being taxed for,” said Monika Olesen, sophomore business student whose father owns Soma Colorado, a dispensary in Crested Butte. “But, I support whatever makes them (marijuana businesses) get taxed less, because Colorado has the chance to start a lot of new businesses and lower taxes would help the businesses flourish.”

Regardless of the outcome of Proposition BB, there will be a permanent sales tax reduction on marijuana from 10 percent to 8 percent beginning in 2017. The reduction is intended to decrease marijuana sales in the black market, Singer said.

“On some level, we compete with places that don’t check IDs or don’t charge a sales tax,” said Steve Ackerman, owner of Organic Alternatives. “At the end of the day, the tax adds to the out-of-pocket cost for the consumer, and the alternative is to buy it from an illegal source. The lower tax (in 2017) will encourage people to buy from a licensed place.”

Marijuana use has doubled in the past decade, and 58 percent of adults in the United States say they support legalizing marijuana, according to Gallup.

Alaska, Colorado, Oregon, Washington and Washington, D.C. have legalized recreational use of marijuana. Ohio will vote on the issue Nov. 3.

Voters may drop off their voted ballot, obtain a replacement ballot, change their address or register to vote at the Voter Service and Polling Centers.