Humans of CSU: Emigrating from Brazil 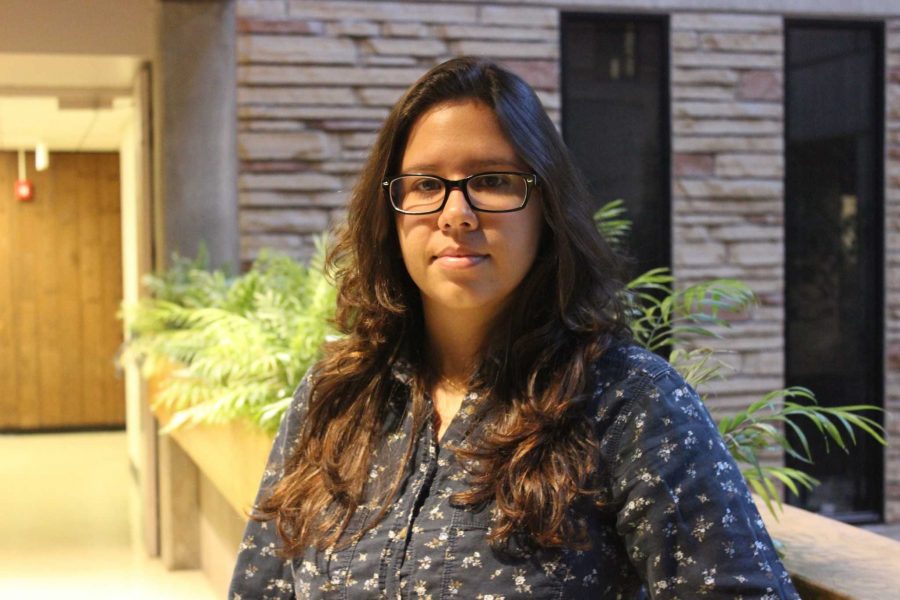 I moved to America when I was 14 from Brazil. I grew up, I was raised there, in a very small city. We still don’t have shopping malls, movie theaters, none of that stuff, and I would go to the farms every weekend. I know coming from a small city, there’s not as many opportunities like I could have here.

My parents were divorced, but at a very young age I think that I knew what I wanted for my life, so I convinced my mom to let me move here. It took, like, two years to convince her, so at 16, I moved here for good and I lived with my aunt, who was my mom’s twin. For a year after that, I couldn’t take her any more, so I rented an apartment and lived by myself. I went to a high school in Summerville, Massachusetts, and worked at a Brazilian restaurant, and sometimes I’d babysit or something like that. As of right now, I’m undocumented. I’m kind of an illegal immigrant. I’m part of the 11 million in the United States.

The first time I came, it was during the wintertime. It was summer in Brazil, so I didn’t have any school. I came to visit my cousin — she’s like my best friend, we’re almost like sisters — but she was in school and I didn’t know that. My aunt was at work and so was my uncle, so I would be at home, like, the whole day for two months, so my aunt decided to put me in school. So I actually did seventh grade here in America, and when my mom came to pick me up, I was like, “No. It took a lot of work for them to get me into this school, so I’m just going to stay here,” and she said, “Okay.”

I saw how different it was because school in Brazil was so hard. The educational system is so messed up. It’s all about if you have money, you can buy your way into stuff, into places and opportunities. I was like, I don’t want that.

After that year was done, that’s when I went back to Brazil, and going back to school there made me realize that was not the place for me. I didn’t belong there. I love Brazil, but it’s not a place for me to live, and I did really bad in school for those two years. All I wanted was to come here. So one of my teachers talked to my mom and convinced her to let me come, to let me move back, so that’s when I came again in 2012.

It was just like everything I’ve always wanted. It wasn’t anything like the movies like you see. Not everything was blond and blue-eyed. And where I lived in Summerville is mostly immigrants. My high school was 70 percent non-white.

It made me feel, like, so welcome. I played soccer — it’s a Brazilian thing, it was born in Brazil — so it made me feel like home and I made friends really quickly and they all supported me and it was what I wanted. I couldn’t see myself going back to Brazil.

Even if I end up going back to Brazil with whatever I have, just a high school diploma, I would have more opportunities (here) than someone who graduated from college there just because I had an international experience.

When I came to Colorado, I came for the agriculture because I was planning on going to Brazil after. I don’t have documents to get a job here, so I was like, “Might as well just go back.” I changed it to criminal justice because I was doing something for my mom, not for me. Even though I won’t get a job right after college probably for a couple years, it’s still something that I want to do and because I didn’t want to go back to Brazil. I still want to stay here and do that.

One of the biggest challenges is that I am not a legal citizen. Whatever job I get in the criminal justice system, I need to be a citizen and I’m not. There’s no light or hope in my way for that to happen right now. I don’t know how many years it’s going to take. Ever since I moved, there’s always been this thing that I don’t even know if I can get my diploma or not. In high school, yeah, because 70 percent (were) illegal, but college is different because you pay for it. I’m not 100 percent sure if I can get my diploma or the job afterward, so it’s really hard for me to work hard on homework assignments, study for tests, work hard for classes in general if in the back of my head, all this hard work isn’t going to pay off because at the end, I’m not even going to get my diploma or I can’t get a job.

I don’t do anything wrong for them to come to me and be like, “You’re going back right now,” but there’s always that thing in the back of my head like that could happen. You never know.

What I’m planning for right now is just to finish college and maybe, you never know, a new law will come up and we’ll get documents or I get married or something. Those are my options.

Some people have the image that all immigrants are criminals or they’re rapists or they rob, but that’s not it. Most of us are coming here because we don’t have good opportunities at home or we’re running away from violence or crimes, which is not my case, but majority it is. We come here to kind of feel like home and we still get insulted.

Collegian staff can be reached at socialmedia@collegian.com.