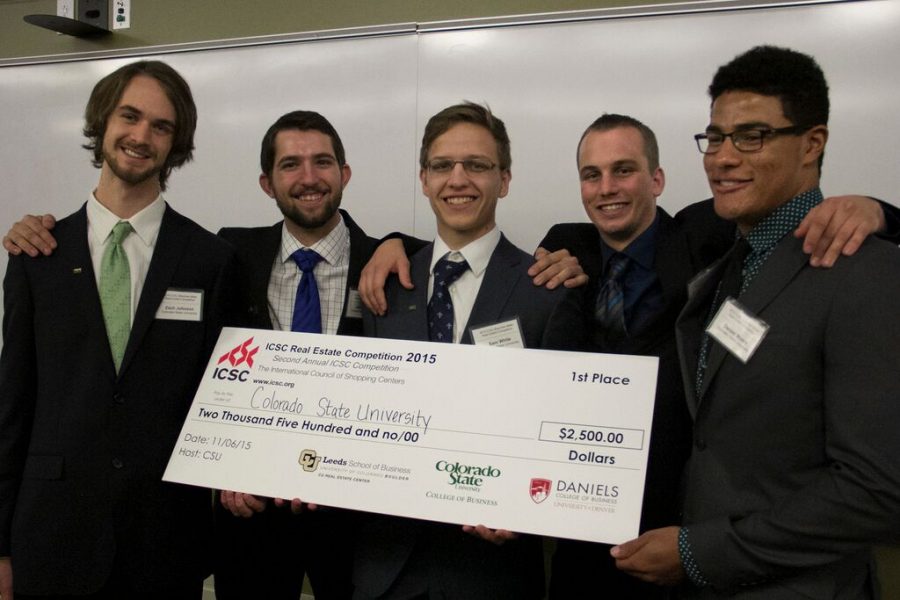 “CSU went above and beyond in the terms of their analysis,” said Andy Hunt, a judge of the ICSC competition. “They analyzed their deal from a perspective that a professional would. The other teams did great as well but CSU really took it to another level that they did not go to.”

The team put in over 45 hours of work into their presentation in just the first three days, said team member Zach Johnson.

Friday morning, the competition began with a welcome announcement from Richard Button, the interim director of the CSU program. Button welcomed all of the other universities and made an ode to Sherman Miller for whom the competition was named after this year.

Button said Sherman Miller was the chief of the CU real estate center and played a huge part in the ICSC competition. Miller unfortunately passed away in April of this year and the competition was named after him in memory.

After the welcoming announcement the order of the presentations was chosen randomly, having CU present first, DU second and CSU third.

After the first two presentations, Button said the CSU team had their work cut out for them.

“Its very competitive,” Button said. “CU is quite polished, I think they will be our biggest competition. It would seem that we have our work cut out for us.”

Before their turn, the CSU ICSC team appeared to be calm and collected, with only excited anticipation for their presentation.

“You know what if we weren’t a little bit nervous, it wouldn’t be that much fun,” said Sam White, team captain. “We know that we have done all the work to support our analysis, we have rehearsed our presentation a bunch  we feel confident, we’re having fun here so we are going to go in there and show them what we’ve got.”

The team said there was a lot of crashing and burning this week, paired with what Jake Miller would call an IV of coffee.

It would appear that after the presentation, all of their hard work paid off. CU came in second and DU placed third. CSU will now house the ICSC trophy for the next year.

The members of the CSU team took turns holding the giant $2,500 check and posed for the cameras.

“We worked so hard and it paid off,” White said. “I am so happy to say that we are the winners of this competition.”