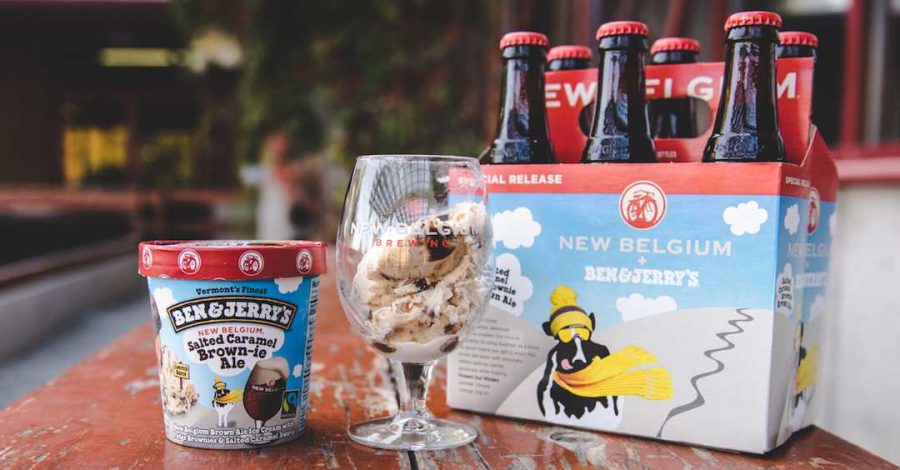 A portion of the proceeds from ice cream sales will go to the Protect our Winters organization, founded by professional snowboarder Jeremy Jones. The organization is intended to bridge the gap between the winter sports community and the necessary action to address climate change.

“We wanted to partner with a business that shared our progressive values, fun spirit and desire to take action, giving fans an opportunity to act on climate. New Belgium quickly became the perfect choice,” Jay Curley, senior marketing manager at Ben & Jerry’s, wrote in a press release.

The beer is “laden with dark roasted malts, chocolatey tones and hints of vanilla,” according to the press release. New Belgium and Ben & Jerry’s are both Benefit Corporations, for-profit businesses dedicated to environmental and social issues.

“We are incredibly excited to be working with a like-minded business, creating top-notch flavor sensations and leveraging our collective efforts to bring awareness to B Corps and climate issues,” Bryan Simpson, New Belgium’s PR director, wrote in the release. “Beer and ice cream are a beautiful pair, and getting to turn folks onto the work of POW makes this collaboration that much more meaningful.”

“It’s good,” Skrobacz said. “You can really taste the hops.”

Both the beer and ice cream will be available through the holiday season while supplies last.