Four CSU students are safe after terror attacks in Paris 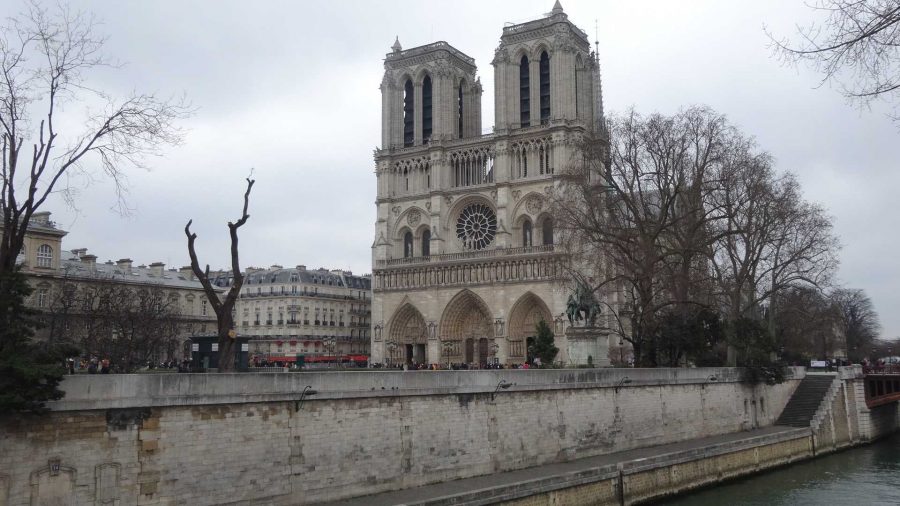 Four Colorado State University students were in Paris at the time of the terror attacks, but are safe, CSU spokeswoman Dell Rae Ciaravola said. There are three other CSU students elsewhere in France.

The news of the terror attacks in Paris arrived in the United States early Friday afternoon. With an eight-hour time difference, the attacks happened Friday night for the iconic city. This event is the second big attack to take place in Paris this year.

A statement on the University’s Education Abroad website stated, “Colorado State University is deeply saddened by the events in Paris. Our sympathies go out to the French people and anyone affected by these events.”

The statement advised that students in the region stay where they are for the next 48 hours, avoid major cities and listen to advice from local officials.

“There is no indication that any education abroad programs are in any specific danger,” according to the statement. Students abroad are advised to “maintain a high level of situational awareness — remain vigilant and observant.”

Louis Rivoire, a French CSU Ph.D. student in atmospheric sciences, said acts of violence are taking place almost every day in other countries and that should not be forgotten.

“To use force in the fight against terrorism, obscurantism and religious fundamentalism is a task for governments,” Rivoire said. “A task for the people is not to indulge in hatred.“

According to recent news reports, the attacks left 129 confirmed fatalities and more than 350 people wounded, with at least 80 in critical condition.

At 8:30 p.m. in Paris Friday night, two explosions were heard at the Stade de France, where French President François Hollande was attending a soccer match, according to a report.

At around 9:30 p.m., there were reports of shootings at the Petit Cambodge restaurant, about five miles away from the Stade de France.

By 10 p.m., reports of shootings near the Bataclan Theatre, south of the restaurant, were reported and 18 people were confirmed dead.

Shortly after 10 p.m., French police officials confirmed a hostage crisis had developed at the theater where a performance of Eagles Of Death Metal, an American rock band, was in progress. Between 60 and 100 people were reportedly held hostage.

Just past 11 p.m., President François Hollande declared a state of emergency for France. All French borders were closed at this time, including air travel to and from the country.

Just before 2 a.m. Saturday, all of the attackers were believed to be dead, although it was possible that some were still at large in the city.

By just before 10 a.m. Saturday, the Islamic State claimed responsibility for the attack.

A message sent out by the U.S. Embassy in Paris cautioned U.S. citizens to take steps to improve their safety and to factor updated information into their travel plans.

Many attractions and monuments in Paris will remain closed throughout the weekend.

Collegian Reporter Megan Fischer can be reached at news@collegian.com or on Twitter at @MegFischer04.