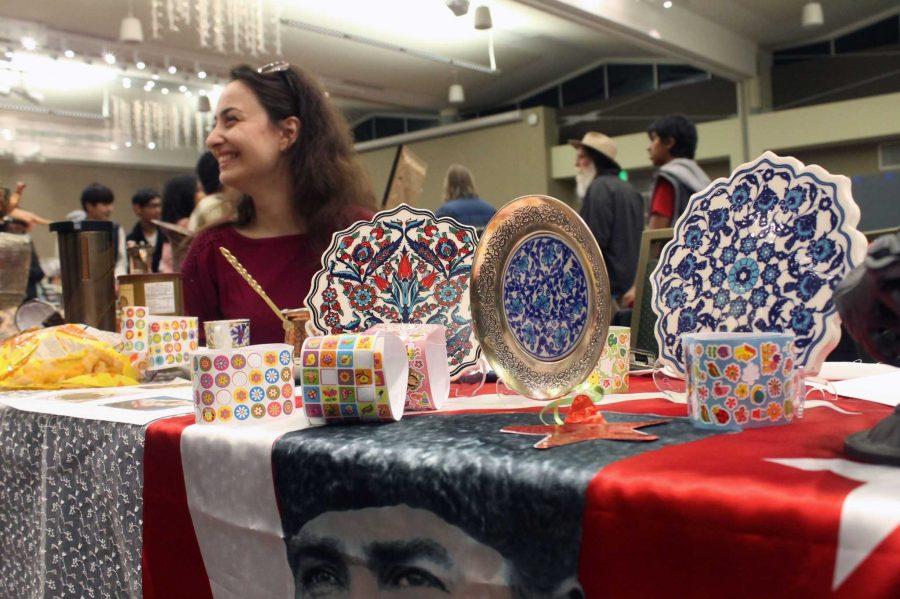 The World Unity Fair has been held at Colorado State University for 62 years to bring together and celebrate the cultures of over 20 different nations — everything from food, dance, clothing, and customs.

“Around the ballroom, we will have 26 cultural booths, representing 26 different countries or regions, so that students can go together to represent their area, because some of them don’t have big enough numbers to do individual countries,” Sturtevant said. “They’ve always been banded together as a group called LASSO, the Latin American Student Scholar Organization. There is European Club this year that brings the European students together, so this year, we will actually represent more than 26 countries.”

Sturtevant also emphasized that this event is about coming together to celebrate the differences and similarities among cultures, not dispute them. She said that at the event, “we ask the students to leave the political views, the religious views, that we know sometimes divide people, out of it.”

“It’s designed to be a unity fair,” she said. “We celebrate our similarities, and our cultures and how we turn out as people. We do not highlight controversy, animosity. … This is not a political statement. This is a celebration of cultures.”

One of the students who will be taking part in the event is 19-year-old Aya Safria, a native of Indonesia who is in her second semester at CSU. She spent her high school years studying in Singapore, and after she completed her studies there, she came to CSU to study biomedical engineering.

“I’m very excited about the World Unity Fair,” Safria said. “I’ve been involved in a lot of cultural showcases with my Indonesian community. I’ve been all across Colorado to showcase our culture through dance and music.”

Safria’s expirience celebrating Indonesian culture through these two art forms will be on full display at the fair this Saturday.

“For the World Unity Fair, I’ll be performing as a dancer in a dance from the Indonesian community,” she said. “We’re going to also have an activity that is very traditional for the youth and community. The tradition game we are going to showcase is linking a lot of rubber bands into a long rope, and play with the younger children by using it as a large jump rope. We will also have music and dances.”

Safria said a large part of the reason she ended up at CSU was because of her major.

“When I was in Singapore, towards the end of my high school year, I knew I was going to take biomedical engineering as my major, because I was so interested in it. I did some research and contacted a lot of my friends, many of whom were already studying abroad, and my parents made contact with an agent who told us CSU has a good biomedical engineering program.”

Safria hopes to use her education here to engineer machinery that helps fight cancer and heart troubles, although as someone with the majority of her college carer ahead of her, like many, she hasn’t made up her mind.

“It’s only my first year, so I haven’t thought a whole lot about it,” she said, with a laugh.

For now, she is focused on the celebration of her culture at the World Unity Fair, along with hundreds of other international students from across the globe who are eager to display the customs of their homeland this Saturday at CSU.

The CSU World Unity Fair will be held Saturday from 3-9 p.m. in the Lory Student Center Ballroom.