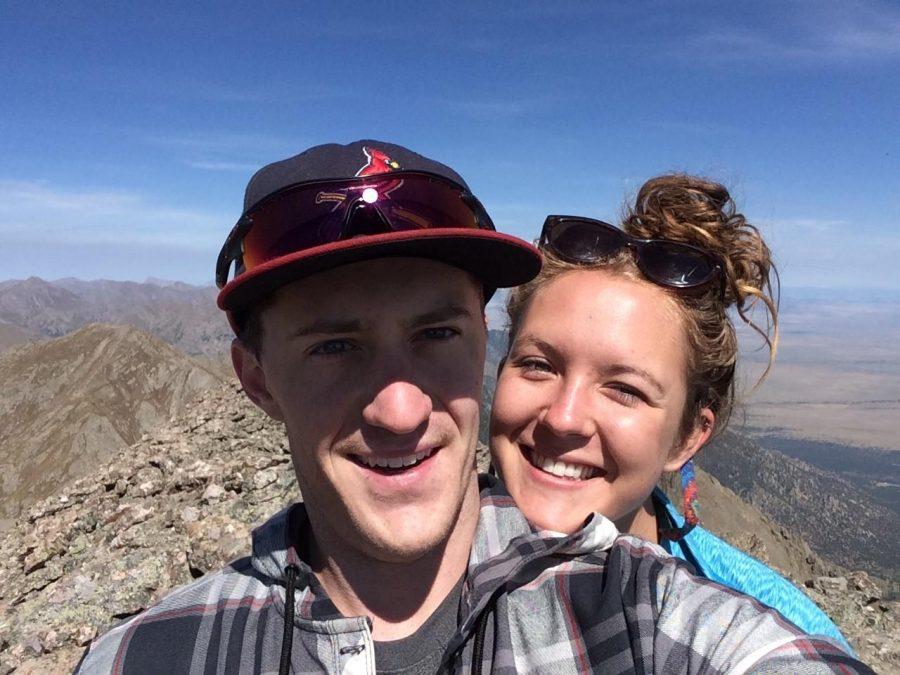 Editor’s note: A previous version of the article misstated that the incident occurred Sept. 17. The Collegian regrets its error.

After falling 300 feet while hiking, two members of the Colorado State University community decided to share their story in order to heed warning and give advice to other hikers.

Alexandra Anderson, a senior studying natural resources, and Sean Supple, a CSU alumnus, are avid hikers and spend large portions of their free time enjoying the Colorado outdoors. Together, they have both conquered a number of fourteeners and may be considered far from amateur outdoorsmen. Even for people as experienced as they are, the reminder that things can change and go from good to bad in an instant makes itself apparent through their story.

Both Anderson and Supple set out Sept. 13 to climb Kit Carson Peak in the Sangre de Cristo Range in southern Colorado. On the way back down, they quickly found themselves off-trail.

“It happened really quickly, we just got lost so quickly,” Supple said.

According to Supple, they encountered two other hikers who told them they could go up and over and find their way back. The two hikers assured the couple that it would be an easy route back. Having little options, resources or daylight left, the couple trusted them and decided to take their advice.

“Out of no where, the rock just gave out,” Supple said. “It was a really scary moment, you feel like you’re going to die. I looked back up and thought, how am I still alive right now?”

Supple said he immediately pulled out his phone and called the Costilla County Sheriff’s Department and tried to tell Anderson to stay put.

Anderson, having just witnessed her boyfriend’s horrifying fall and unable to hear him, said she tried to climb down. She hit a point in the couloir where it was all ice and she began to slide before tumbling down as well, hitting rocks on her way down. She never lost consciousness throughout the fall.

“It was all ice and I started slipping,” Anderson said. “I thought that was it. I thought I was dying. Next thing I saw was him on his phone, and he was reaching out and touching my face because I had all of this blood pouring down my face.”

Unsure if the rescue helicopter would be able find them, the couple decided to keep hiking in hopes of finding their things and possibly shelter before dark. Alexandra broke both of her arms, gashed her head open and bruised a lung. Sean’s injuries included cuts all over his hands and back.

“The hike down was a little rough, having two broken arms, but it wasn’t going to stop me,” Anderson said.

Three hours later, the Flight for Life helicopter was able to locate them and airlift them out. Anderson and Supple said they felt incredibly thankful and lucky to be alive.

The main points of advice the couple wanted to make were to be prepared when hiking by doing plenty of research ahead of time, leaving markers on the way up, bringing a GPS system and being equipped to spend the night.

“Be overprepared with the gear that you have,” Supple said. “Have enough gear to be prepared to spend the night on the mountain.”

With the support of friends and family, both Sean and Alexandra are making speedy recoveries and moving on from the ordeal.

“Everyone thinks that this is something that can’t happen to them, but it absolutely can,” Supple said. “Understand the situations you’re getting yourself into.”

Collegian Reporter Neall Denman can be reached at news@collegian.com or on Twitter @nealldenman.