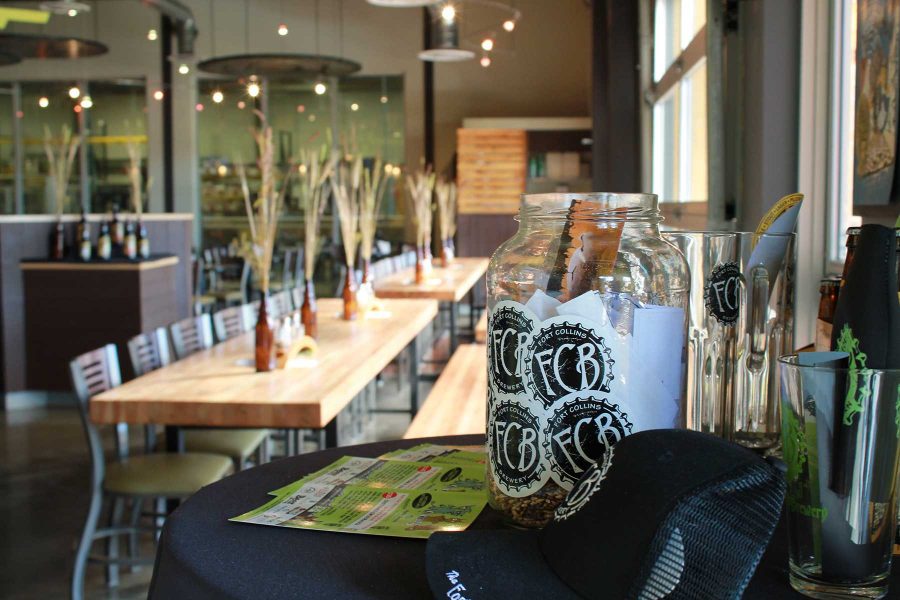 FCB gets ready to celebrate their winning of the 2015 GABF Oktoberfest gold medal.

Members of the Fort Collins community know the The Fort Collins Brewery and Tavern as a gathering place where it’s always the most wonderful time of the beer, but may not know much about the brewery’s involvement with the community at large.

The brewery is engaging with the Colorado State University community and the City of Fort Collins by providing a venue for family gatherings, student employment and hosting of larger community events.

“Around times like this, with Homecoming and around graduation, we see a huge influx of students and their families, which is really nice,” said Alisha Lubben, FCB assistant general manager. “We have the opportunity to share what we do here with people who are tourists, as well as people who are local… families get to come and see what Fort Collins is all about, and I think we’re a really great representation of that.”

Scott Golembiewski, a FCB bartender, said the brewery works with the CSU Fermentation Science program by providing tours of their facility to students.

The Fort Collins Brewery frequently employs CSU students, with usually five to 10 CSU students on staff at any given time, Lubben said.

“Our head brewer and our director of operations are both CSU alumni,” said Kaylee Kulich, FCB brand manager.

As part of their interaction with CSU, Lubben takes on two CSU journalism students as interns every semester to focus on public relations.

“It’s a definite training program… they are essentially posting (on social media) on behalf of the business, so they have that real-world experience before they’re even graduating,” Lubben said.

The student interns usually do 70 percent of the brewery’s social media posts, which is valuable training that looks good on a resume, Lubben said.

“We have a lot of graduates from CSU actually who will come here seeking (employment),” Kulich said.

FCB employee and former CSU student Jake Frost has been involved with many aspects of the brewery, Kulich said.

“He started off as a server and he was actually able to work his way up,” Kulich said. “Now, he’s working in production, and he has worked as the beer pro here.”

The brewery plans on continuing their efforts to get involved with the wider Fort Collins community through event sponsorship and donations to local charities.

Coming up is the Fort Collins Brewery’s Halloween party and costume contest. They ask that event attendees bring donations of warm clothes to be sent to the homeless shelter.

The brewery will also sponsor the Malt Monster 5K run Saturday in which all proceeds will be donated to the FoCo Café, a local eatery that makes use of local produce and allows customers to pay what they can afford for their food. The 5K will incorporate activities for people of all ages.

“We work very closely with Jeff and Kathleen at FoCo Café,” Lubben said. “We’re very fortunate to be able to benefit an organization like that.”