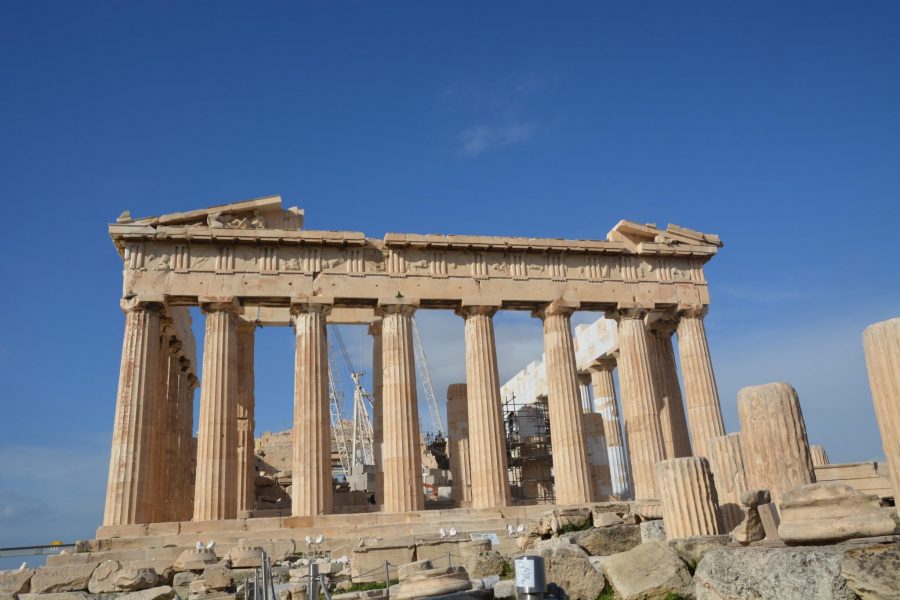 With about 27 percent unemployment and a 60-euro per day limit on withdrawals at ATMs over the summer, many are worried about the financial situation in Greece — however, it largely has not affected travelers or students going to Greece.

Dimitris Stevis, a CSU professor from Greece in the Department of Political Science, returned to Greece from June to August and found a country with more poverty and unemployment.

“There was more anxiety,” Stevis said. “People were more anxious, and this summer, it was particularly hard.”

Since Stevis travels to the country every year, he said he started noticing change in the country about five years ago, around 2009.

“By 2011, it was very apparent the crisis was deepening,” Stevis said.

Stevis said that many young people are emigrating from Greece to go to western Europe and the Persian Gulf to look for jobs and that domestic travel within Greece declined, but an unexpected number of foreign tourists traveled to Greece over the summer.

“More people are visiting Greece than before,” Stevis said. “People don’t feel threatened or afraid, and I haven’t heard any instance of people being harassed because they are foreigners or anything like that.”

Stevis said it was surprising to see a successful tourism season in Greece.

“A lot of people feel that tourism was one of the few shining lights,” Stevis said.

According to Robert Booker, the education abroad adviser for European countries, citizens outside the eurozone are taking advantage of lower costs.

“Other than carrying extra cash in euros and preparing for some inconvenient service limitation, I would not hesitate to travel to Greece now,” Booker said. “I would expect to be warmly welcomed, have wider choice of hotels due to reduced tourism and spend less money due to favorable exchange rate.”

The recent crisis in Greece has had little effect on the CSU students studying there or the tourists visiting the country. The main threat to travelers would be smaller things like crime or demonstrations that could turn violent, according to CSU education abroad advisors.

“There wouldn’t be concern of a student wanting to study in Greece at this time,” Booker said.

Any countries that could potentially be more dangerous to study in and therefore be on the list of high-risk countries require a petition process in addition to the regular application process, said Nicole Tobin, the International Risk Manager at Colorado State University’s international office. Tobin helps indicate potential problems and respond to emergencies that happen when students are abroad, including medical problems, natural disasters and political crises.

“We put students through this process so they can think about where they are going, think about the problems they might encounter and figure out how to respond to them,” Tobin said.

Greece is in crisis partially because Greece cannot keep up with the demands and the payment plans that were set out by its lenders, according to Stevis.

“There was a lot of anxiety this summer that the eurozone would kick us out of the euro, we would go to some other currency, people would lose their savings and people would not be able to survive for a while,” Stevis said. “It was a very tense two or three months in the summer.”

However, Stevis said that despite tensions in the country, he noticed people had attitudes of togetherness and were helping each other.

“It was a very tense period of time, but at the same time, it was amazing to me that people were very civil to each other despite the major changes that were taking place and the huge lines they had to wait in,” Stevis said. “There were no fights in lines and people were helping each other.”