Replica gun in Morgan Library was being used for video game 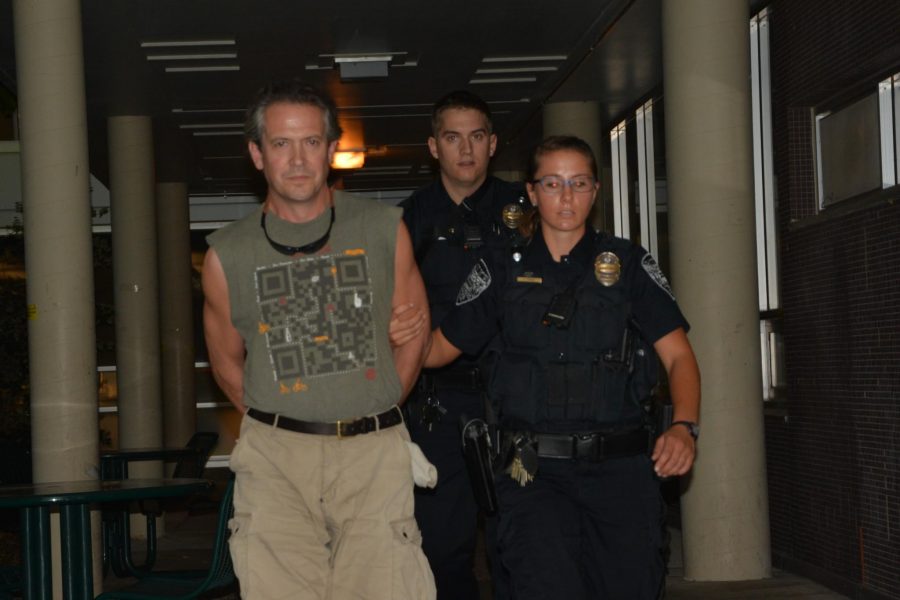 The man who brought a replica gun into the Morgan Library Sept. 22 was developing a game controller for Illustrative Designs, according to a Colorado State University Police Department report.

Daniel King, 49, said he was in the Morgan Library to utilize the “fast Wi-Fi.”

“After an hour of productive work, I was arrested,” King said. “I was actually working — that part of my story never got anywhere. I was tasked with creating basically a control replacing a control for an Xbox game with a toy gun. That’s what I was doing.”

King said he works with 3-D modeling and circuit board design.

“Walking around town now, people will recognize me and they will freak out, and that is not who I am,” King said. “In my opinion, the police totally overreacted.”

Police were dispatched at 7:30 p.m. and handcuffed King after 11 minutes.

“I did not hear gunfire or screaming,” stated a report from CSUPD Officer Vincent Maffett. “So I waited until Officer Rayroux and Officer Chiodo arrived at my location.”

CSUPD officers gave verbal commands for other subjects in the area to immediately leave and evacuate, according to the police report. Officer Cayley Chiodo gave King orders to get on the ground, and he complied and was handcuffed.

“They caused more of a hazard than I did by storming in there like that and clearing out half the library,” King said. “They were pointing guns at me. If I hadn’t been calm, if I had jumped or something, I could have been shot. They put my life in danger for no reason.”

A report by Officer James Rayroux states that King told police the weapon was not a real gun.

CSUPD brought King into the Police Department for questioning at 8:29 p.m.

Maffett stated in the report that “display of a ‘simulated firearm’ in a university library where open carry is not allowed was obviously offensive and breached the peace.”

King said he has no affiliation with the University.

“I was using the Wi-Fi because the library is open to the general public — it’s the best Wi-Fi in town,” King said. “I just needed to search quickly for it. I design stuff on my laptop. I have done that a lot over the years at CSU.”

King was charged with two counts of disorderly conduct and transported to the Larimer County Jail. He was also given an exclusionary order preventing him from returning to the CSU campus, which was effective immediately.

King said he spent two nights in jail. CSUPD officers located King’s bicycle, which was east of the Morgan Library, in order to prevent him from later entering campus to get it.

“CSU, they impounded all my stuff except for my ID,” King said. “That was the only reason I was there two nights. I couldn’t make any phone calls. You have to have money to call out, and CSU took all my stuff. The only reason I got out is that my parents saw me on 7 News.”

“I never used it in a threatening manner whatsoever,” King said. “(The police) were really fired up. The police were all sweating and the adrenaline was flying. There was no reason for them to be fired up like that.”

Collegian News Editor Christina Vessa can be reached online at cvessa@collegian.com or on Twitter @ChrissyVessa.