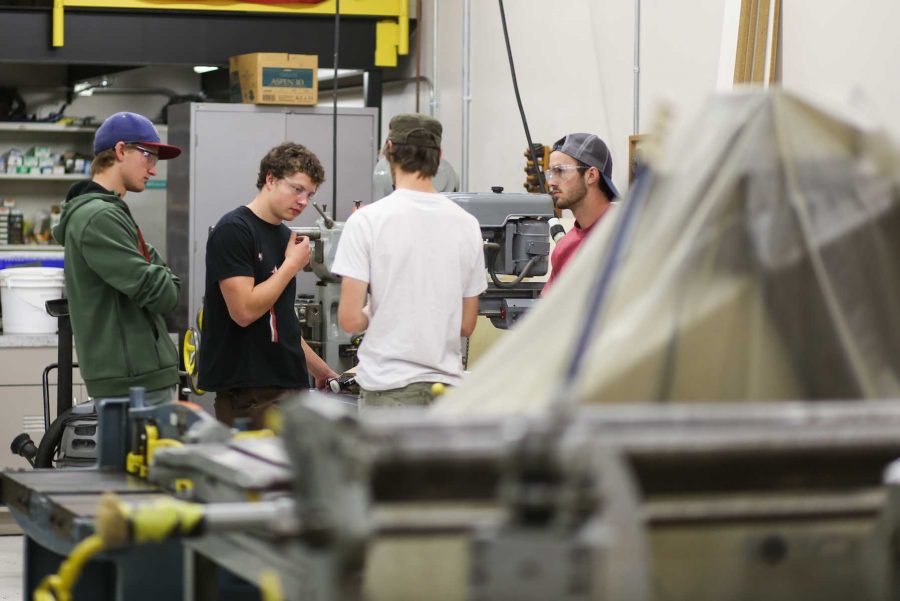 “Marty McFly Day” last week reminded many of us of the technological advances predicted for 2015 in the “Back to the Future: Part II” film released in 1989. One such prediction was a car that ran on garbage such as banana peels. According to Percival Zhang, this is not far from an achievable reality.

According to CSU professor Ken Reardon, one of the program leaders, the BioEnergy program seeks to gather and train scientists from a variety of disciplines in order to understand and face the challenges surrounding the emerging bioenergy industry.

As many know, energy production is one of the world’s premier problems. Zhang highlighted that before the Industrial Revolution, most of our energy was produced by burning biomass such as wood. Since the revolution, we have moved on to using coal, crude oil and natural gas, all of which are all non-renewable resources and release climate-warming greenhouse gases into the atmosphere when burned. As we look to our future energy needs, we need to focus on renewable, non-polluting sources. Zhang is a big proponent of using biomass, specifically sugars.

In nature, plants store solar energy by photosynthesis. They use the energy from light to convert CO2 and H₂O into O₂ and carbohydrates (Cn(H₂O)m, also called sugars or starches). When needed, plants then use enzymes (biological catalysts) to break down the complex sugars and release the stored energy.

Zhang proposes that we solve our energy needs by following nature’s example. He suggests constructing an ECHo cycle (Electricity — Carbohydrate — Hydrogen). Electricity is energy that can be used to run devices or engines. Hydrogen is a very promising energy carrier, a fuel that releases only energy and water vapor when burned. However, hydrogen is a gas that is difficult to store and transport. In this proposed cycle, carbohydrates can serve as hydrogen storage, as an electricity source and also as food, animal feed and as a source of useful materials.

To accomplish his goal, Zhang uses a synthetic biology strategy he calls “in vitro Synthetic (Enzymatic) Biosystems” (ivSB). This is a system that capitalizes on the benefits of biological reactions, such as relatively low temperature, non-hazardous solvents like water and the chemical selectivity of enzymes. However, biological reactions in cells can have limited yield and reaction rates, and it can be hard to collect your products. After all, a cell’s true purpose is to self-multiply. Therefore, ivSB uses enzymes that have been isolated and purified from living organisms and puts them to work outside a cell (in vitro = in glass). This process is solely for production — reaction yields and rates can be much higher than in a cell, and the products are easier to collect.

In a very important breakthrough, Zhang and his colleagues were able to use an ivSB process involving 13 enzymes to produce H2 fuel from starch and water at a much higher chemical yield than is theoretically possible by natural anaerobic fermentation. The implications for such a process are that H2 could be produced locally at a low cost, to meet local demand and by using locally-grown starch biomasses. Zhang also hinted at ongoing work to make a reactor the size of a car engine, meaning that this process could be used to generate hydrogen fuel onboard a fuel-cell car and effectively replace gasoline as fuel.

During his seminar, Zhang also talked about his progress towards the goals of improving biobatteries that use carbohydrates as a power source and helping to solve world hunger by converting non-food biomass to edible starch, both using ivSB processes. However, a major problem that remains to be solved is the high cost of biocatalysts used in ivSB. For this, Zhang and others are screening for cheaper and synthetic alternatives.

Zhang received his invitation from Christopher Snow, an assistant professor in CSU’s Department of Chemical and Biological Engineering. Snow invited Zhang to CSU to share his high-impact research with BioEnergy students and faculty, and also to get his specific advice on which enzyme pathways might be useful for Snow’s own CSU research on enzyme design for bioenergy applications.

Collegian Science Writer Joel Kirner can be reached at news@collegian.com or via Twitter @JoelKirner.