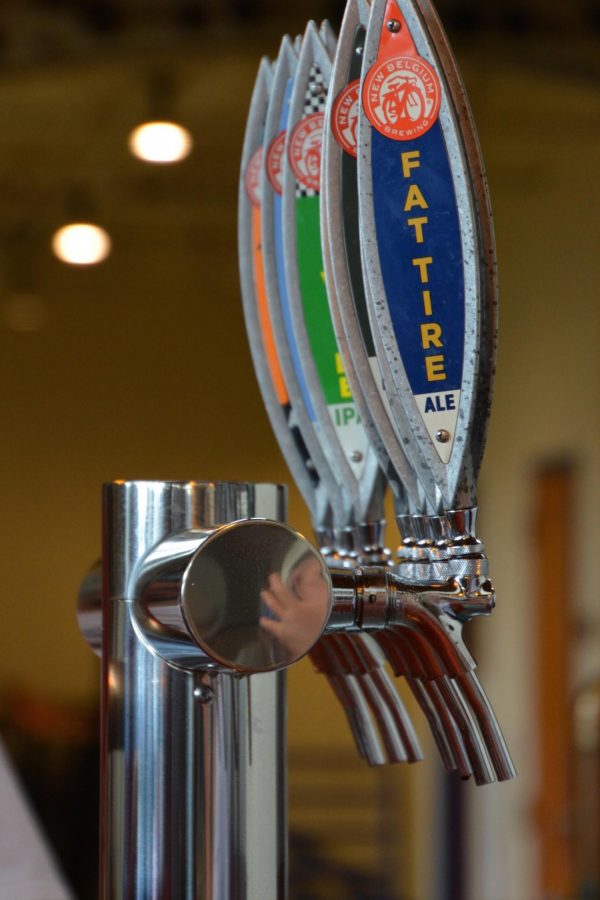 Changes in the beer making process have influenced two of New Belgium's beers. Abbey Belgian Style Dubbel and Trippel Belgian Style Ale now have new recipes, but both can be found on shelves for a limited time. (Photo Credit: Megan Fischer)

The space next to Cups Coffee off of Taft Hill Road and Elizabeth Street stood empty for months, but that will soon change with the opening of McClellan’s Brewing Company.

The company is owned and operated by Joey McClellan III and Josh Landi and will specialize in Celtic cask ales.

“Josh has learned his experience from working in my wife’s liquor store, RJ’s Wine and Spirits and Joey has learned his in other breweries around town here in Fort Collins,” said Tom Landi, a financial helper and father of co-owner Josh Landi. “(Joe) and I are just helping to mentor them in their business.”

The location of the brewery, in the King Sooper’s shopping center, was specifically chosen to avoid the overcrowding of breweries in the Old Town area, and to give the people of Avery Park a brewery besides C.B. and Potts.

“We wanted to stay away from the more saturated part of town like Old Town, and this King Soopers is one of the busiest in the state, so we just feel really blessed,” Joe McClellan, a father of other co-owner Joey McClellan III said.

Joe McClellan said he has always been interested in brewing, especially craft beers and unusual or unique brews. His son Joey felt the same. Both Landi and McClellan’s fathers are helping mentor the boys in their brewing abilities and with business experience.

“People have been walking by the place and getting excited about (the brewery) being here because it’s in their neighborhood,” Landi said. “We want to help them create an environment that is a comfortable place, very friendly and everybody feels safe here while being with their family. This brewery will be friendly and open and just a place for people to come and sit and watch the game like their lounging at home.”

“The traditional Celtic cask ale basically has natural carbonation to it,” McClellan said. “The fermentation process also continues after we serve it, so the taste really changes over time. The beer engines, which are what (the cask ale) is served out of, provide the natural carbonation. Unlike a Guinness or Stout, which is pumped with gases to provide carbonation, this one is naturally a part of it.”

In addition to their in-house brews, McClellan’s will also be serving local Colorado brews and distilleries.

“We’re only maybe the second in the state to do the cask ales,” Joe McClellan said. “It’s becoming pretty trendy to carry that style of ales, but we also want to represent other breweries here in Colorado.”

Artisan sandwiches and cheese and meat plates will also be served in the brewery.

“The plates are going to include very high-end cheeses and meats,” McClellan said. “We want to have the best imported and high-end products.”

The brewery’s owners are trying to create an at-home feel, using beetle-kill pine from Colorado as part of their bar, and making it a place where people can sit and enjoy an exclusive experience with good food and great beer.

Collegian Reporter Dallas Head can be reached at news@collegian.com or on Twitter at @water4rams.