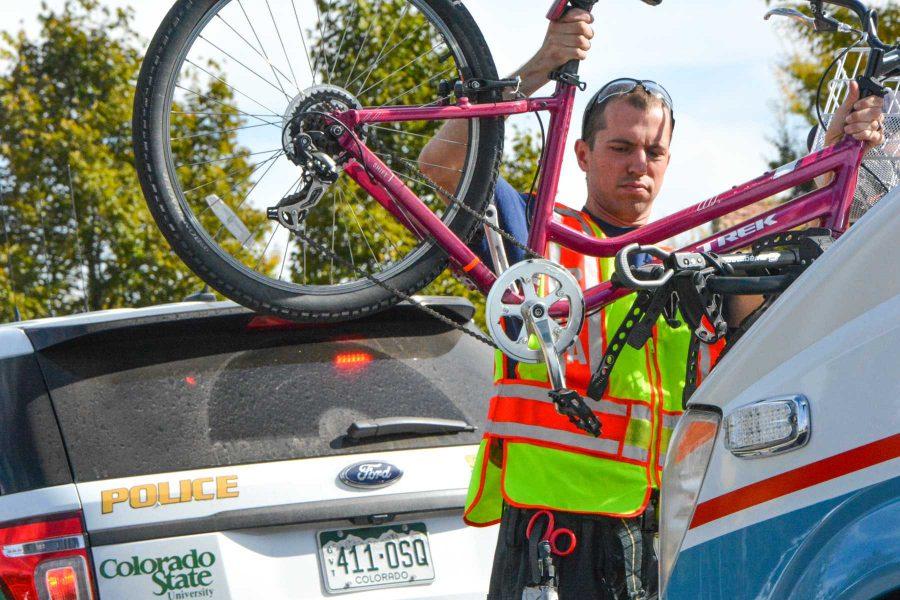 Authorities attend the accident scene and take care of the bike that the student hit was riding. Photo: Abbie Parr

“It was a female student who was riding a bike,” said Dell Rae Ciaravola, Senior Communications Coordinator. “The female was taken to the hospital for precautions.” She said the accident was not at all serious.

The accident occurred around 2 p.m. when the driver of the Silverado was exiting the Hartshorn Health Center Z lot. A woman on her bike was hit by the truck, according to witness Amarley Amartey, a junior studying human development and family studies. She said there was no blood on the scene.

It is not clear yet whether the driver or the bicyclist are CSU students.

The driver of the Silverado declined to comment. There were multiple police officers and an ambulance on the scene. Traffic was backed up into the Morgan Library parking lot waiting for the accident to clear.

Stay with the Collegian for updates on this developing story.

Collegian News Editor Christina Vessa can be reached online at news@collegian.com or on Twitter at @ChrissyVessa.