ASCSU asks for input on U+2 reform 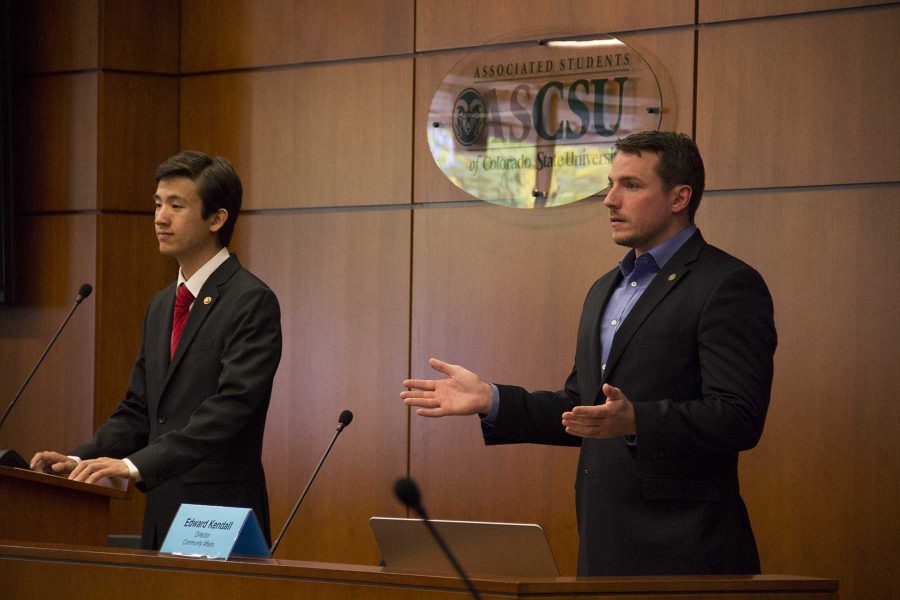 In an effort to address concerns about U+2 with community-wide participation, the Associated Students of Colorado State University brought together about 50 students, city council members and residents for a discussion at a town-hall style meeting Monday. At the meeting, members of ASCSU presented on the organization’s stance and its plans for reform.

Although some spoke in favor of the law, the majority of attendees wanted U+2 reform.

Director of Community Affairs Edward Kendall and President Jason Sydoriak both said that U+2 discriminates against students.

ASCSU’s stance is that rental registration, rather than Me+3 or U+N, would be the “most comprehensive” way of reforming U+2.

Although options like Me+3 were considered, Kendall said that failing to get at the root of the problem is like, “putting a band-aid on a wound that hasn’t been sutured — and oftentimes, that can cause us to bleed out.”

ASCSU said that because it represents the students, it wanted to prioritize student voices — but community input was also an important part of the meeting. Some community members supported ASCSU’s stance that U+2 must be reformed.

Rachel Kirk, a rental property manager for the Park View properties, said there are other ordinances in place protect neighborhoods from problems commonly associated with U+2, like noise violations, and that the amount expected of students living in Fort Collins is discriminatory.

“There are people … that are working 40-hour-a-week jobs, trying to support themselves while maintaining their property, while trying to eat, and that comes down to discriminating against those people,” Kirk said.

Kendall and Sydoriak encouraged attendees not to address each other, but rather to speak generally or address ASCSU. Some, however, asked the five city council members in attendance to share their perspectives.

According to Talia Fischer, a fifth-year senior music major who attended the event, the U+2 law is not sustainable.

“The population of this town is only going to increase,” Fischer said. “With any kind of inaction, this issue will only get worse and rent will only skyrocket. … I just urge action on the part of Fort Collins or ASCSU or whomever.”

Collegian News Editor Ellie Mulder can be reached at news@collegian.com or on Twitter @lemarie.