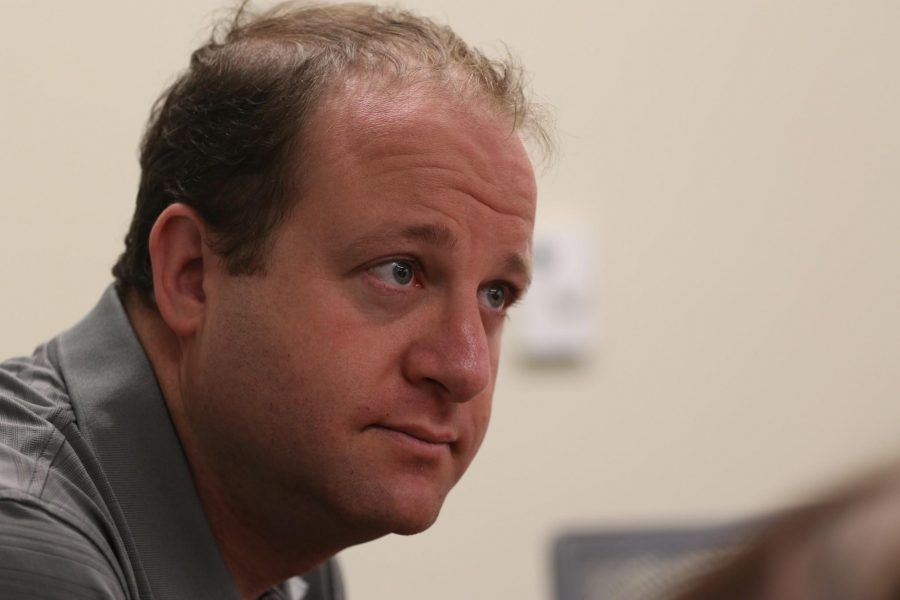 Polis was first elected to Congress in 2008, and he now serves on the Committee on the Education and the Workforce, the Committee on Rules, the Natural Resources Committee and the House Democratic Steering and Policy Committee. He serves the Second District of Colorado, which includes Fort Collins, Boulder, Loveland and Broomfield.

Both the roundtable discussion with members of ASCSU, and the interview conducted with the Collegian, have been edited for length and clarity. The following are some of the questions asked by members of ASCSU.

ASCSU: U+2 is a big problem for a lot of students. What do you think we can do about that?

Polis: That’s a bad law. You guys should try to repeal it. That would be the most substantial thing you can do. You have my support and I’m happy to lend my name to it and support it here and in Boulder. It’s an anti-student measure and it increases the cost of housing. Are there any city council members who support repealing it?

Ray Martinez on city council has been very vocal in his support for looking at other options.

I’ll mention it to Wade (Troxell) as well. Part of the dynamic is you need to get in touch with your fellow students and get them to be involved with city politics and vote. Because when people run for city council, who votes? It’s the people who complain about students. It’s not students. Students turn out to vote for president, but they don’t turn out in municipal elections. That’s the reason these laws exist. There would never be this discriminatory statute if students were at the ballot box. When city council only hears from people complaining about students, and not from the students themselves, this is what happens.

What can be done about increasing scholarships (and) increasing access to resources?

The frustrating thing for legislators in our state is that the issue has to go to the voters if it’s revenue-related, so there’s very little they can actually do down in Denver. So that’s the state piece. The federal piece is very important for students because that’s the student loan program and also the federal research funding for the University.

We are working on lowering interest rates for student loans. Another reform we are working on is trying to get open source textbooks to become the norm. On top of your tuition, it’s usually over a $1,000 a semester just for textbooks. There’s no reason for that at all. It’s basically margin for the textbook companies. The professors who contribute to them make very little money. They mostly do it for the professional aspect. So we would move toward open source textbooks that can be used online, or you could even create a physical manifestation of them and it would only cost $5 or $10, instead of $200. That’s what I think would be a huge savings for students and one of my top priorities.

Collegian: Were you in D.C. when the Supreme Court decision on same sex marriage came down? What was that experience like?

I was on the steps of the Supreme Court. We were expecting the decision to come out. That day, there were thousands of people lined up there. The word emerged that they had found in favor, and there was an enormous spontaneous street party in celebration there. The Gay Men’s Chorus of Washington, D.C., started to sing and everyone was just very excited.

It was great because it settled all of this back-and-forth in states that were doing and undoing it. People couldn’t figure out if they were married or not because one day it was legal and one day it was not, and it was really ridiculous. So this finally just settled it all, so it won’t even be an issue going forward.

Do you see the transgender movement gaining momentum in Congress or D.C.? Do you think it will be the next step for the LGBTQ+ cause?

I think there is definitely an increasing awareness about transgender issues. Transgender Americans are included in all of our non-discrimination bills in the state of Colorado, we prohibit discrimination based on sexual orientation and gender identity. It’s very much in the mainstream to make sure we have protections for transgender Americans to make sure they can’t be fired from their job, and make sure they have the ability to marry who they want.

What’s your take on the primaries right now?

I think it’s a great opportunity for students to get engaged and involved. Presidential races represent an opportunity to get students involved and stay involved so that the candidates speak to issues that are important to students like college affordability and housing. Hopefully, we will have a candidate visit CSU.