Commuters, beware: no parking enforced in neighborhoods near campus 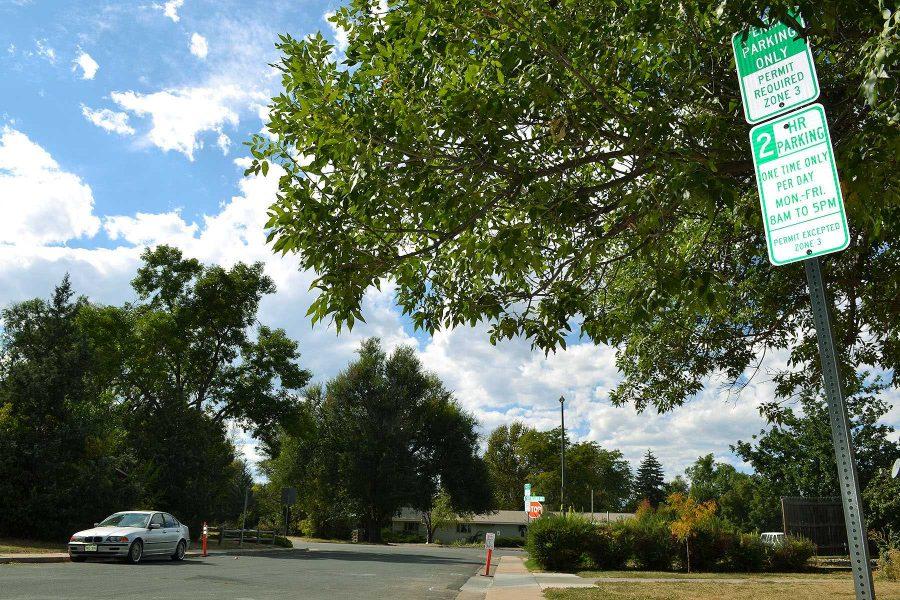 With colder temperatures approaching, students may be looking toward driving, rather than walking or biking, to campus.

Projects such as the new stadium have decreased available parking spots on the main campus, and students say they have found it difficult to park their car during the day in nearby neighborhoods. The neighborhoods next to campus now have the Residential Parking Permit Program (RP3) in place that only allows for two-hour parking.

Students said they are frustrated that the school has eliminated so much parking and that many nearby streets are also unavailable to use during the day.

“The fact that there is no parking on campus, and now that I have to get a permit to even park off campus, is kind of frustrating,” said Lex Lubinski, a senior studying economics.

A warning is given for first ticket citation of not having a permit or being parked for over two hours. The second ticket is $10, the third is $25 and the fourth is $50. Though some students are frustrated by the permit system, many residents in those neighborhoods appreciate that they have the opportunity to park in front of their house now that streets are empty of commuters.

“We’ve lived here for 30 years and we have … become used to the idea of not having parking here,” said Michael Haddorff, a resident on Washington Avenue. “And it’s really nice to have parking.”

Nearby neighbor Sparrow Evans dislikes the permit system due to the inconvenience and price. She has built a makeshift second driveway in her yard to avoid the trouble of buying a permit in order to park her family’s second car in front of her house.

“It’s kind of a pain,” Evans said. “I guess it makes there be less college kids, but, you know, it didn’t really bother me all that much to begin with. As long as I could park in front of my own house.”

Residents who live on Myrtle Street, one of the few streets by Washington Avenue that does not have RP3 in place, said they wish there was an opportunity to implement the system. Dawn Heather said CSU is being irresponsible with how they are handling parking in the midst of building the new stadium.

“The University is being totally irresponsible, building all the high dorms and high-rises without providing parking,” Heather said.

Heather said that she thinks it contributes to the large amounts of students who find parking on her streets during the day, which in turn makes it difficult for her to park in front of her own house. She said she wishes RP3 was something that was moved to her own neighborhood, as she has requested of the city many times with no luck.

For the neighborhoods that do implement RP3, drivers are notified by signs along the streets so that they are not caught unaware.

Collegian Reporter Katy Mueller can be reached at news@collegian.com or on Twitter @katymueller13.