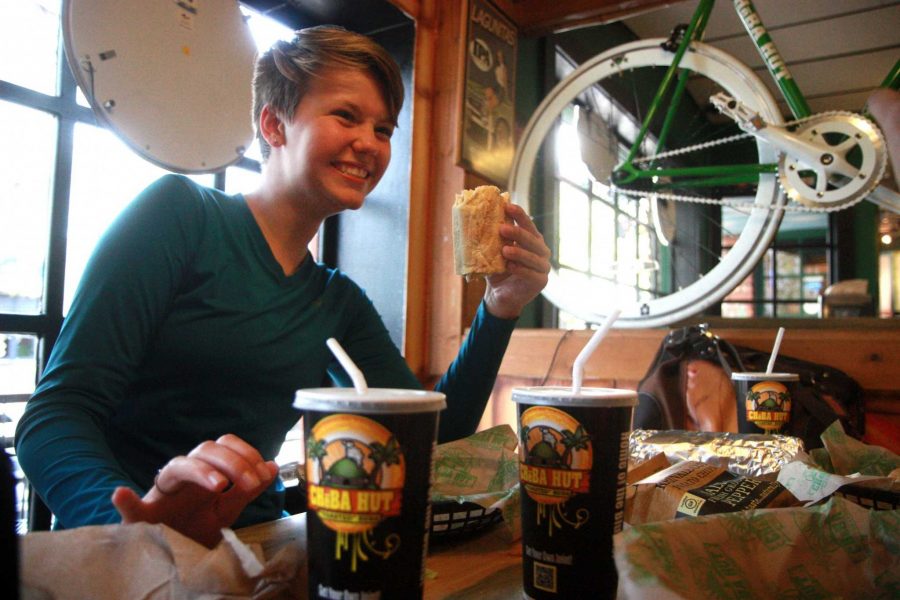 Many college students relish the luxury of late night food delivery, and living in a college town allows for an abundance of places to order from. With all of the ridiculous things that can happen in the late night and early morning, food workers and delivery drivers have nearly experienced it all.

“We see a lot of interesting characters because of the drunken flow from Old Town,” said Eric McRae, a delivery driver for Cheba Hut.

McRae said he often times gets offered tips in the form of marijuana, dabs or alcohol.

“One time I was asked to do a keg stand, but I had to decline,” McRae said.

“Once I knocked on a door and heard a faint voice telling me to come in but I didn’t want to just walk in,” Gibeau said.

An older man who appeared to live alone came to the door a few moments later.

“I felt bad because he had to get out of his wheelchair and get to his walker to answer the door.”

As the man signed his receipts, Gibeau searched for somewhere to put the pizza.

“His place was a mess so I really had nowhere to put the pizza box. So I spent the next 15 or so minutes cleaning off his counter and throwing away a bit of trash and wiping off the counter and then helped him get back in to his wheelchair,” Gibeau said.

Gibeau then set up a tray and napkins for the man to eat his meal.

He recounted a shift in which a customer called and asked for a “special pizza.”

The voice on the other end asked for four pepperoni pizzas with the pepperonis arranged in a triangle, and then asked him to put a fake address into the system, promising to text the real address later and provide a large tip if Demmon complied.

“At this point, I was a little worried but also curious as to what this could possibly be for, and tips were my main source of income, so I decided to bite,” Demmon said.

As the last delivery of the night, Demmon headed toward the address he received.

“As I started to get close, I noticed that it seemed to be in the middle of nowhere and I almost turned around, but then I got a text that said, ‘You will see a gate and one of our members will escort you in,'” Demmon said.

Demmon described pulling up to a barn-like structure and following a man dressed in all black inside. The man thanked Demmon for taking his order, saying that no other delivery service would comply with their requests.

“There were animal carcasses pinned around the walls and candles were lit. People were kneeling and praying on the ground and I could see the symbol of the triangle they asked me to make,” Demmon said.

Demmon said he was shaken by the experience.

“I hadn’t told anyone of this for a while, since they had my number, but one day I decided to check the address again and went down to the barn and it was all torn down, so I am unsure of what happened to them,” Demmon said.

While many delivery drivers may not have experiences as dramatic as those Demmon described, they often put up with a lot for people who make their money solely on tips.

Collegian Reporter Kendall Krautsack can be reached at news@collegian.com or on Twitter @keni444.