How it works: paper planes in flight 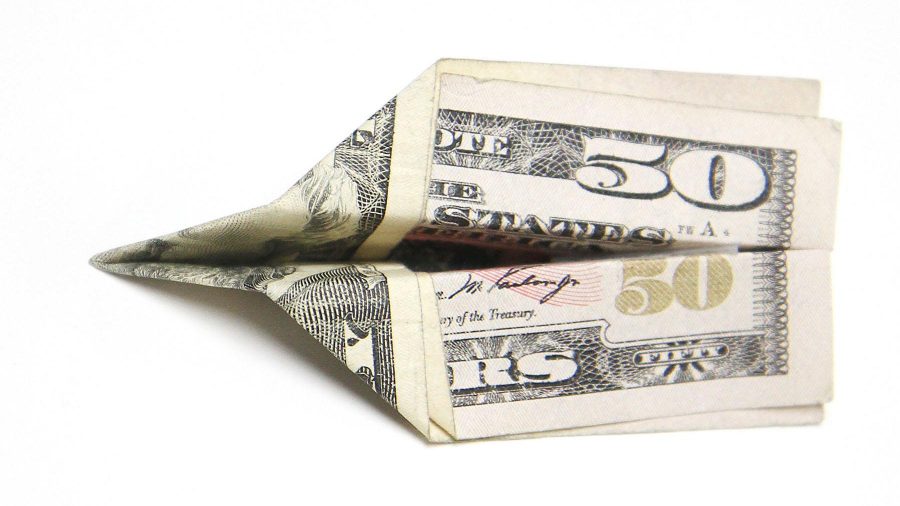 There’s a paper plane competition with your friends — you need a plane that can go the distance. What factors do you need to consider to enhance your flight path?

It’s obvious that the force behind the plane pushes it through the air, but what other forces contribute to the extended flight?

Junior human development and family studies student Nikki Larchar said she was not exactly sure how the process works.

“If I were to guess, I would believe that it has something to do with the shape of the paper plane and the way it hits the air,” Larchar said.

There are four forces at work when a plane is in flight, according to the Smithsonian National Air and Space Museum. They are known as thrust, drag, lift and gravity. When a paper plane travels far, these four factors are working in balance.

Thrust may be the most obvious force. Thrust is the forward movement of the paper plane — it is created when you throw the plane. However, when the paper plane is released it loses most of its thrust and then relies on lift and the gliding motion.

Drag is the force that slows the paper plane. The air pushing on the paper plane creates friction, which in turn slows it down. A longer flight occurs when the speed of the plane is greater than its friction.

Lastly, there is gravity, which is also known as weight. As Issac Newton simply put, “what goes up, must come down.” The weight of the plane pulls it toward the earth, creating a downward force.

These four forces contribute to flight. When they are equal to one another, a level flight pattern is created.

A blogger from The Art of Manliness, Jeremy Anderberg, argued that a design called ‘the hammer’ works best for long distance flights. The folding process is a little complex.

“This bad boy flies like a dream,” Anderberg states. The finished product has a flat edge, not pointed. The body of the plane is straight and horizontal, while the wings lie flat and sit directly atop the body.

So, the next time you want to win a paper plane contest, maybe do a little research into how it works.

Collegian Science Beat Reporter Maddy Bombardi can be reached at news@collegian.com or on Twitter @madelinebombard.