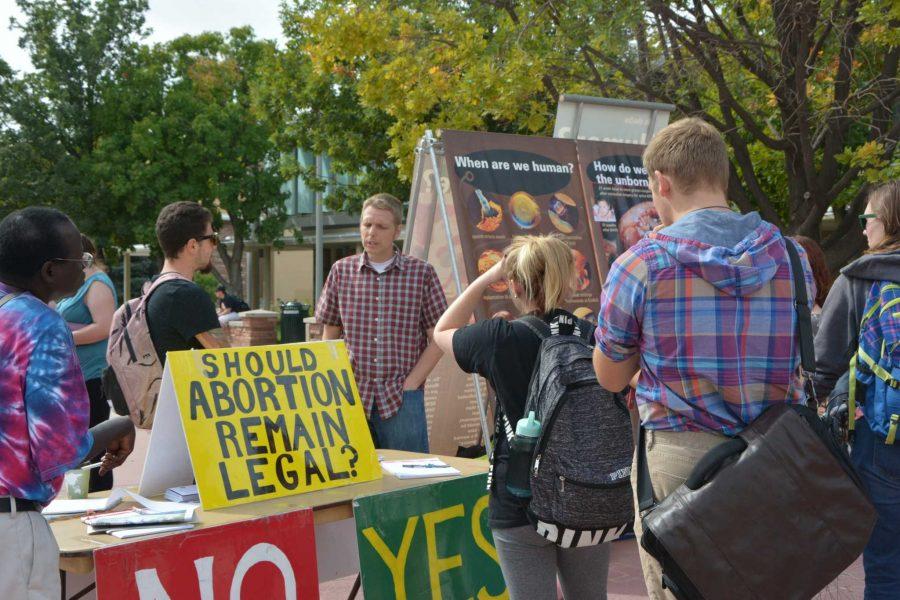 The group Justice for All, a national organization against abortion, presented the posters as a way to start debate with students passing by on the plaza. Next to the posters, the group had a sign that asked: Should abortion remain legal? Passers-by saw photos of partially developed fetuses on their way to and from the Lory Student Center.

Many students stopped to talk with volunteers that ranged from adult organizers, fellow students, to even high schoolers, who were all trained last week to start a dialogue with the campus community.

Jon Wagner, a volunteer at the display, said that when people confront him about the images, he normally responds in two ways: by sitting with the students away from the images to talk about their views, or by asking the question, “Are you more angry that we have the picture up today than that it is happening down the street at Planned Parenthood?”

“How could it be more negative that we are showing it then that it is actually happening?” Wagner said.

The group displayed the posters until 3 pm Monday and will not be presenting them at any other time. Justice for All was invited to campus by Students for Life, a local organization. Justice for Life travels to college campuses all across the nation displaying the same images.

Collegian Executive Editor Skyler Leonard can be reached at sleonard@collegian.com or on Twitter @Skyler_Leonard.