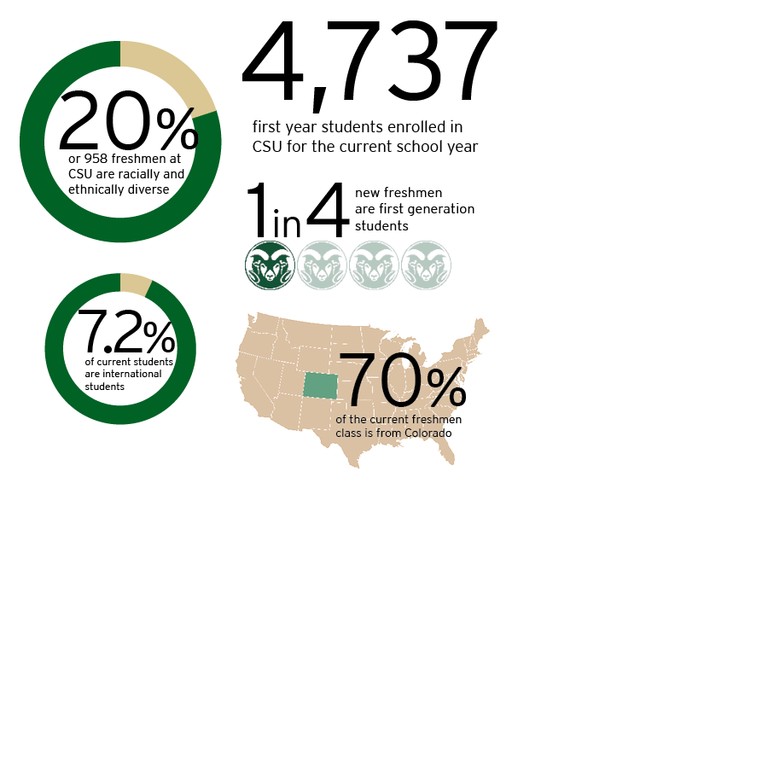 Colorado State University just welcomed its largest, most diverse freshman class of 4,737 students, according to a CSU release.

Of those nearly 5,000 students, about 20 percent are racially and ethnically diverse. Internationally, 99 students from 25 different countries have decided to study at CSU. The number of international students on campus is just below 2,000, making up 7.2 percent of the overall student population.

This is also the class with the largest population of non-resident students — there are 1,438 in the freshman class.

For the first time in history, CSU’s overall enrollment has surpassed 32,000 and now stands at 32,236, the release said. This number includes 27,566 students who study on campus, and those who take classes online, study abroad or are University employees or guests.

“Students and their families from across the state and around the world are choosing Colorado State for all the right reasons — our academic excellence and breadth of programs, a wonderful and safe campus environment placed in the heart of one of the best cities in the country and a faculty and staff dedicated to their success,” said Rick Miranda, CSU’s provost and executive vice president, in the release.

Additionally, more than 1/4 of CSU freshmen will be the first in their family to earn a college degree, according to the release.

“While CSU welcomes a record number of new students, retention and graduation rates also are at record-high levels (86.6 percent and 67.4 percent, respectively),” the release said.

According to the release, post-graduation statistics indicate:

Collegian International Beat Reporter Megan Fischer can be reached at news@collegian.com or on Twitter @MegFischer04.