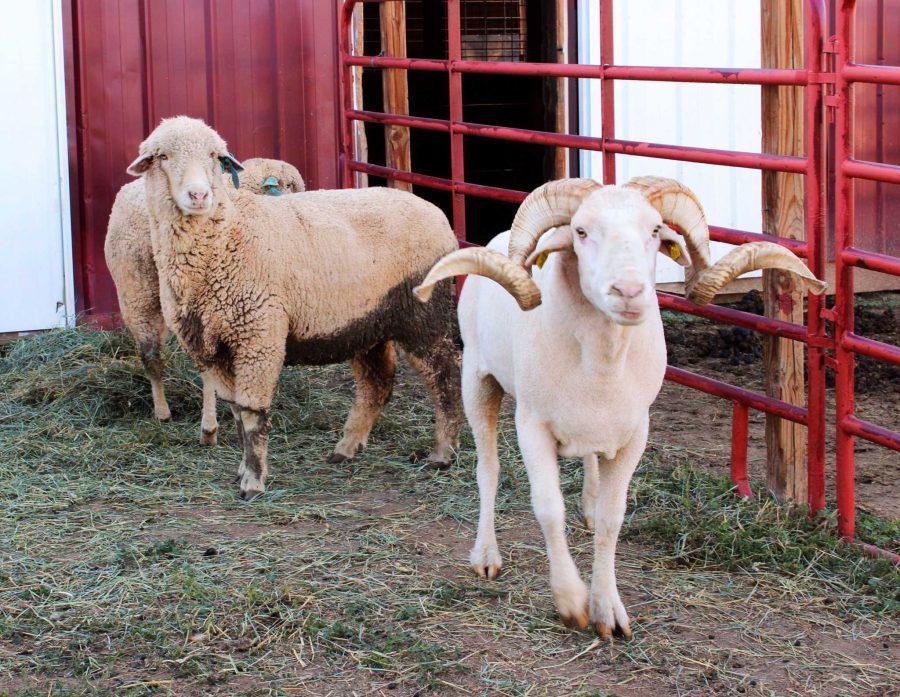 After bathing, Cam is pictured with the two ewes that live with him. Photo by Katie Schmidt.

CAM the Ram died Saturday morning at 10:30 a.m., just hours before the Rocky Mountain Showdown, after being sick for a week and missing the Fall Address, according to a Colorado State University release.

“CAM 24 lived a full, #RamPride filled-life and will be remembered for his Stalwart personality, handsome horns and for being a forever member of our Ram family,” according to a post on the CSU Facebook page.

CAM was the 24th ram mascot to represent CSU students. Six-month-old CAM 25, CAM 24’s half brother, made his first appearance as the CSU mascot at the Rocky Mountain Showdown. According to the release, “he will be fully grown – with a full horn curl – in time for the opening of the new on-campus stadium in 2017.”