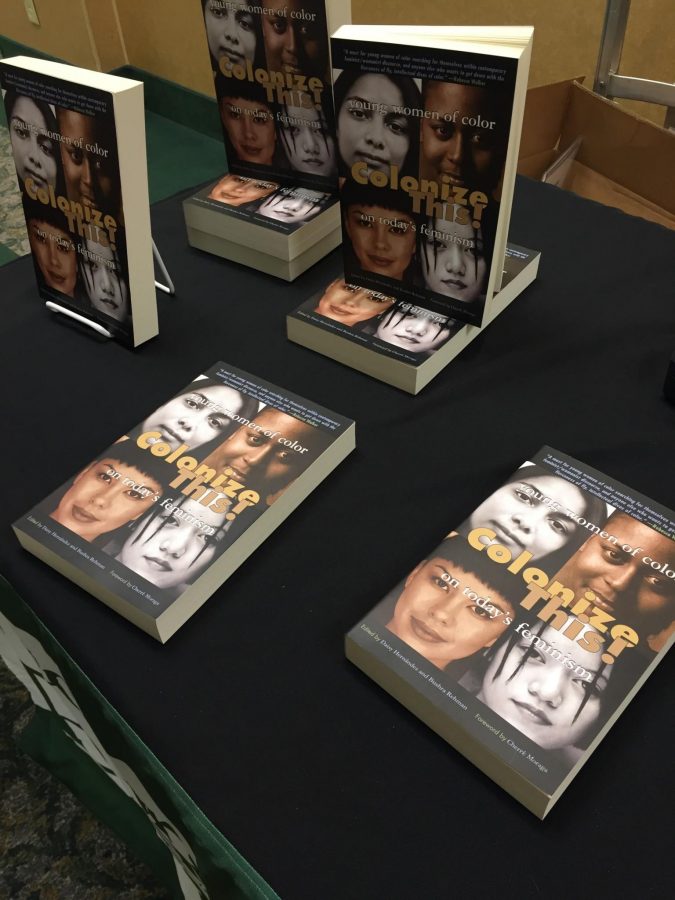 Daisy Hernandez grew up speaking Spanish at home and English at school, so when she first heard the world feminism, she thought it was just another English word she had to learn. To her, it came to mean much more.

Hernandez spoke with Colorado State University students about her experiences as an author, editor, journalist and queer Latina feminist Monday.

“My feminism is more expansive, wider, just like this,” said Hernandez, as she stretched her arms out past her shoulders, further, until her arms were nearly spread out.

For Hernandez, the elements of feminism include elements such as gentrification, racism, affirmative action and the possibility of being HIV positive. She emphasized that feminism looks different for all people.

Hailing from a Cuban-Columbian home and a family filled with people from various Latin American countries, her childhood was filled with “telenovelas and bossy tías.”

“It was like the UN for Latinas,” Hernandez said.

Hernandez is the author of “A Cup of Water Under My Bed: a memoir,” she co-edited the anthology “Colonize This! Young Women of Color on Today’s Feminism” and she spent six years working for the news magazine ColorLines.

Hernandez described building her idea of feminism as building herself a house: Construction on this house began in college when she took a women’s studies course. Hernandez said the class was a requirement for obtaining her degree, and it was supposed to be an easy A. She joked that since she was a woman, women’s studies would be a fairly easy experience.

Hernandez described how one day in class, her professor pointed out how women sit. The professor compared the polite way women around the room cross their legs and bring their arms in close, taking up as little space as possible, with the men in the classroom who sprawled out comfortably.

“I didn’t think she (the professor) was right,” Hernandez said, laughing. “I thought, if I wanted to sit with my legs spread out, I could because I am my own woman.”

Hernandez said when she adjusted herself to take up more room, it felt awkward because she was not used to it. Later, on a bus ride home, Hernandez gave taking up more space another try by leaving her elbow on the armrest. When a man got on the bus and sat next to her, the two nudged back and forth for the armrest.

Eventually, the man gave up the armrest to its original occupant. According to Hernandez, the nudge-off was silly, but there was a small victory in the beginning decision to start literally and metaphorically taking up more space.

Now, when the author hears new perspectives of feminism, she can choose to add a room to her house.

“I’m sitting in my room, and if I like your idea, I’ll add a room,” said Hernandez, adding that when she does not like an idea, she is not going to add it to her feminist house.

She urged young women to be willing to change their words, throw themselves into their art and “find their tribe.”

Hernandez also advised her female audience to shave their heads if they get a chance.

Collegian Reporter Tatiana Parafiniuk-Talesnick can be reached online at news@collegian.com or on Twitter at @tatianasophiapt.