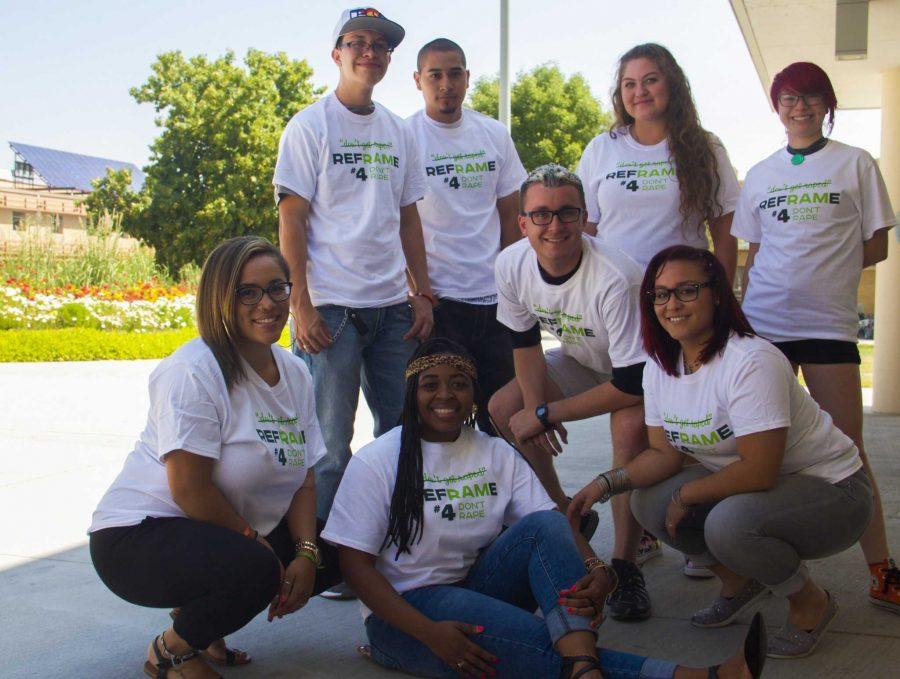 Reframe is an initiative guided by the Women and Gender Advocacy Center to start a campus wide conversation about the reality of rape. The campaign created t-shirts highlighting the fourth of the "Reframes": "Don't Rape."

According to the Women and Gender Advocacy Center, 60 percent of 2015 Ram Welcome participants reported first- or second-hand experience with sexual assault.

The Reframe campaign, guided by the WGAC and officially launching this semester, aims to make a change.

“Blue lights and rape whistles are what we call risk reducing, not prevention,” Rivera said. “In the end, the only person who can prevent assault is the person who would commit it. We need to train people not to assault.”

The campaign is centered around 10 fundamental phrases, or “reframes,” such as number nine: “Interpersonal violence is everyone’s issue.”

Reframe #2: The facts are simple.

“It’s easy to categorize rape as a fringe feminist issue, and it’s not,” Rivera said. “That’s why you won’t find (the WGAC’s) logo anywhere on the pamphlet. It’s not just us. It’s going to take action in areas we don’t have access to.”

The WGAC is guiding those involved in the campaign by supervising plaza activities and events at Ram Welcome, as well as hosting discussions with organizations across campus, such as Housing and Dining Services and ASCSU.

ASCSU Director of Health Conner Jackson said he will be involved with the campaign by posting “Reframes” inside the ASCSU office.

“It contributes to keeping us accountable, and it encourages people to really get involved in the campaign,” Jackson said. “When it comes to the difference between prevention and risk reduction, we can all use a refresher.”

Jackson said he hopes to see ASCSU continuously involved in spreading the messages of the Reframe campaign.

“I want to see us support and really vet the program,” Jackson said. “Hopefully it will help start those conversations.”

Freshman construction management major Jose Madera Miramontes said his mother and sister inspired him to be part of the campaign.

“(Reframe) talks about things that don’t get brought up enough,” Miramontes said. “For me, being a part of the campaign means spreading the message.”

Miramontes was wearing a t-shirt sporting “Reframe” number four: “Don’t rape.” This message is particularly powerful, according to Jackson.

“Number four is really my favorite,” Jackson said. “It’s so obvious. If you don’t want this sort of thing happening, don’t do it.”

More information on the Reframe campaign and the 10 core “Reframes” can be found on the website.