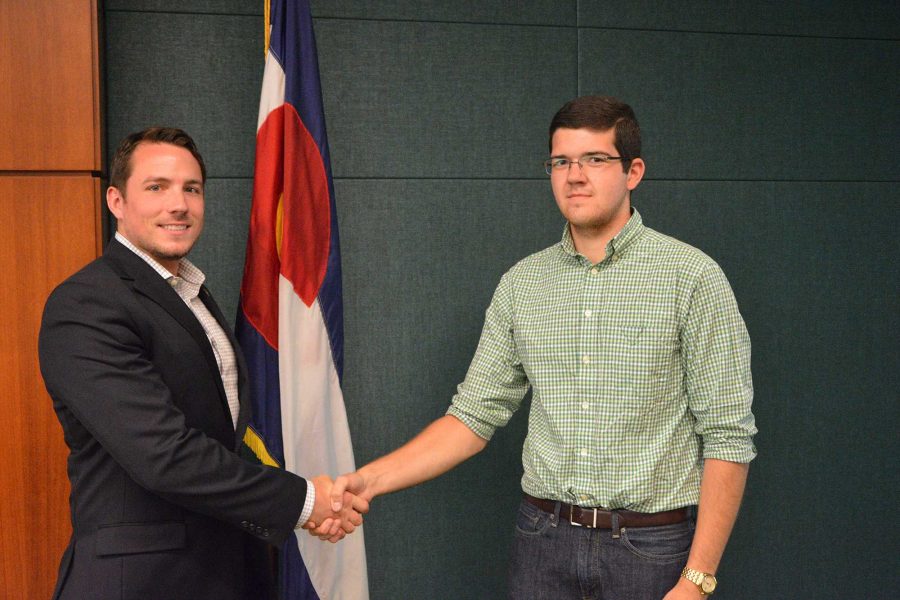 After a summer of planning, Jason Sydoriak, president of the Associated Students of Colorado State University, is ready to work.

His plans include creating a citizen review board for the Colorado State University Police Department, advocating to amend the city’s U+2 housing law, redefining the ASCSU vice president role and advising the University on creating an alternative transportation fee.

“A lot of things that we’re tackling is sort of long-standing stuff — stuff that you kind of have to let boil for a little bit,” Sydoriak said.

ASCSU’s attempt to redefine U+2 is in the early stages, but Edward Kendall, director of community affairs, said this issue is important to a wide variety of people in Fort Collins, including students, who make up a large part of the city.

“What we’re doing currently, in terms of looking at U+2, is talking to all of the relevant stakeholders in this issue, because this issue doesn’t just affect students,” Kendall said. “We want to make sure that our approach to this is very calculated, yet bold.”

Sydoriak’s plans include ways to connect CSU students with the city policymaking process. This fall, ASCSU will host a “lobby day” to bring select students to Denver to advocate for certain policy issues with staffers and legislators.

Sydoriak hopes to work on these goals with Phoenix Dugger, former ASCSU director of finance. After former Vice President Taylor Albaugh unexpectedly resigned July 17, Dugger was appointed interim vice president. Depending on how the senate evaluates his performance over the last month, he will be ratified during the second week of classes.

“The truth is that, due to personal reasons, I wasn’t going to be the committed vice president that the students elected, and I thought the students deserved more than that,” Albaugh wrote in a message to the Collegian. “I have no hard feelings with Jason or any of ASCSU. I wish Phoenix and the rest of organization best of luck for the year. I have no doubt that they will do a great job serving the students.”

Although he said he is excited about several of the new ASCSU administration’s goals, Dugger said he wants to prioritize making the vice president transition as seamless as possible.

“When I came in, I recognized that the students, in electing Jason and Taylor, also elected their campaign initiatives, so I just wanted to do my best to understand and be able to carry that out,” Dugger said.

Collegian News Editor Ellie Mulder can be reached at news@collegian.com or on Twitter @lemarie.