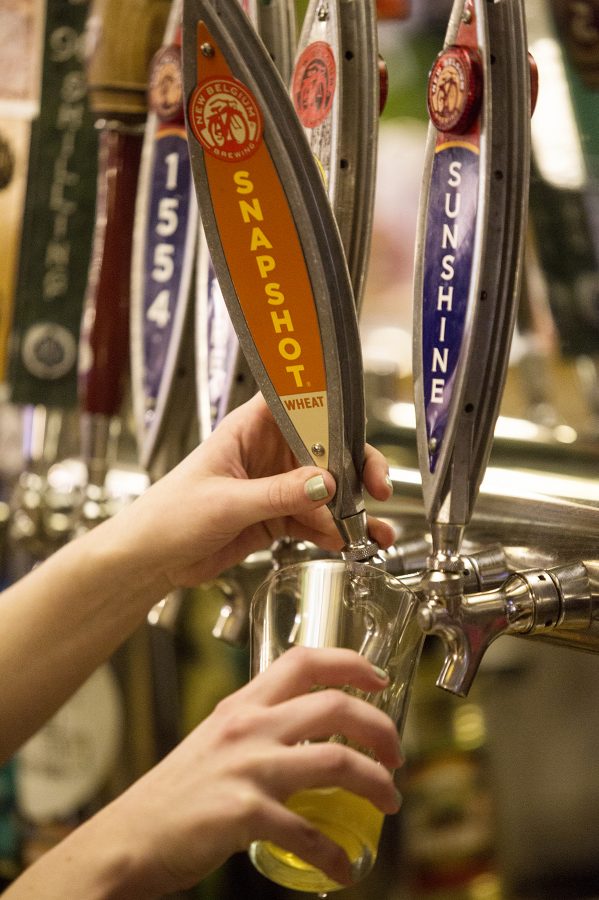 A glass of New Belgium's Snapshot is poured at a local Fort Collins bar.

Starting in late May, New Belgium kicked off their Zag On campaign, motivating people to zag away from the beaten path.

The campaign highlights people’s out-of-the-ordinary accomplishments through the Zealots of Zag film series, which includes composer Johnyrandom’s New Belgium concerto, as well as a Mega Underground Bike Park in the suburban areas of Louisville, Colorado.

“Part of our culture is getting away from the path,” said Shane Basinger, New Belgium’s human resources site manager. “New Belgium brewers are always taking risks and using esoteric ingredients.”

The Zag On campaign not only features stories and videos, but also events and contests all summer long until Labor Day at the New Belgium Brewery, located at 500 Linden St., as well as online.

To be a part of the Zag On campaign, visit New Belgium’s website or submit videos and photos through Facebook, Instagram or Twitter with the hashtag #zagging. Contestants in events or video/photo submissions could win a New Belgium custom cruiser or even a trip to Belgium.

Collegian Senior Reporter Rick Cookson can be reached at news@collegian.com and on Twitter @RickCookson1.