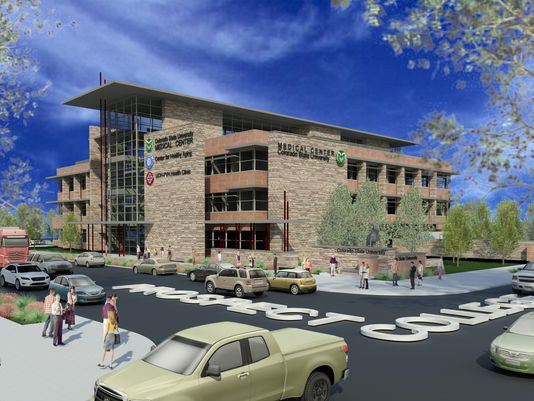 Traffic was the main concern for Fort Collins residents who attended a neighborhood meeting Wednesday for a proposed $59 million Colorado State University medical center that could possibly bring more traffic to the busy intersection of College Avenue and Prospect Road.

The meeting provided an opportunity for residents to talk directly with Fort Collins and CSU officials who would be involved through the entire construction process. If approved, construction will start in the fall and would finish in 2017.

The new site would provide ample new space and replace the old CSU Health Network buildings — Hartshorn and Aylesworth — that are currently at capacity serving a growing population of students, according to CSU Health Network Executive Director Anne Hudgens.

According to statistics from the health network, counseling visits totaled over 29,000 in 2014, and are growing by about 10 percent each year. Between counseling and other medical services, the health network has little space, with employees even having to work in what is supposed to be a closet, said Hudgens.

“We are way, way past capacity,” Hudgens said at the meeting.

The new four-story facility would aim to alleviate these problems, with the building taking up 4.5 acres worth of space at the northwest corner of College and Prospect. Additionally, the new space would include public health services, such as a walk-in clinic and a new Columbine Health Systems Center for Healthy Aging.

The new space and facility, however, have raised concerns from residents in the area about worsened traffic flows and parking availability on one of Fort Collins’ busiest intersections. Of about the 40 residents who came to the meeting, many raised similar concerns about the possibility of people parking in their neighborhoods to walk over to the new health facility.

Many who live in this area have faced this problem already because of student apartments that offer less parking spaces, causing the rest to flow over into residential areas.

Fred Haberecht, assistant director of Facilities Management for CSU said in the coming months, there will be a plan in place to ensure that issues such as traffic are solved.

One of the ways they plan to help traffic going into the center is by adding a double left turn lane from eastbound Prospect onto College.

Collegian Senior Reporter Skyler Leonard can be reached at sleonard@collegian.com or on Twitter @Skyler_Leonard