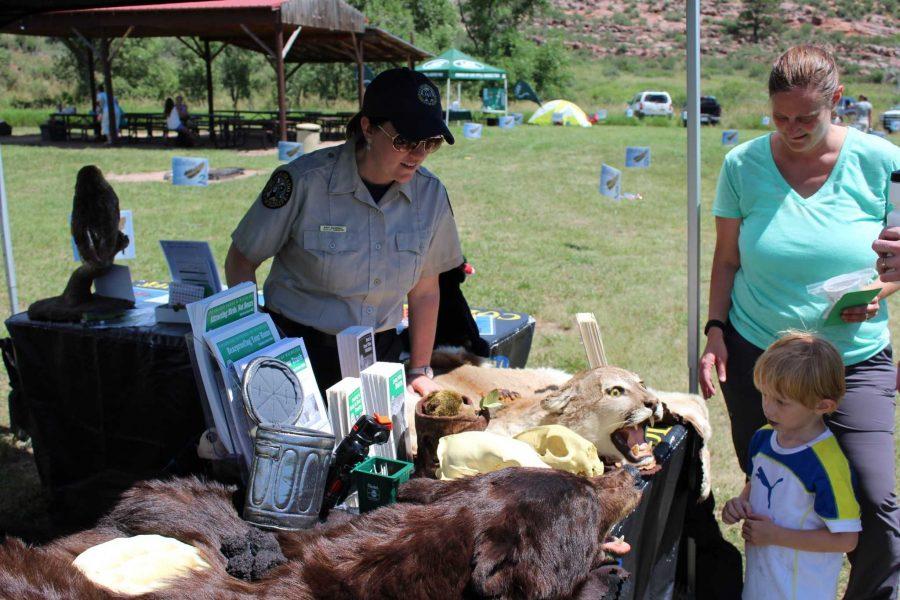 Named after Charles A. Lory, the fifth president of Colorado State University, the park opened in 1975. Located in the foothills behind Horsetooth Resevoir, the park spans 26 miles of beautiful scenery, wildlife and adventure. The park offers hiking, biking and horseback riding on its many trails, and also offers access to the reservoir for swimming and water-sports.

“I think Lory State Park is a hidden gem,” said Larry Butterfield, park manager. “It’s getting more and more popular, and it’s got something for everybody.”

At the celebration, attendees visited booths from vendors including Jax and REI, learned about the state parks and tried outdoor activities such as archery and mountain biking.  Visitors tried “camp coffee” at the REI booth, and children could also play games at the event, as well as learn about the history of the park from “living history” actors. There were also several food trucks present offering local food to those who came to the celebration. One of these trucks, Silver Seed, offered visitors vegetarian food, such as squash tacos and beet lemonade.

“It’s a fun crowd of people who really enjoy the outdoors,” said Erin Strasser of the Silver Seed. “This is a good crowd for us.”

Colorado Parks and Wildlife also used the celebration as a chance to inform people about wilderness safety.

“We’re trying to teach people about the outdoors,” said Jennifer Churchill, public information officer for Colorado Parks and Wildlife. “As the state grows, these places are going to become more and more precious, and we have to protect these spaces.”

Churchill said many people who move to the state are not aware of some of the ways to stay safe in the Colorado wilderness. They aim to teach residents, especially children, about the land they live in and how to conserve it.

“These children are our future conservationists,” said Churchill. “We’re constantly trying to get people engaged in protecting the outdoors.”