Can the CSA movement survive its growing popularity? 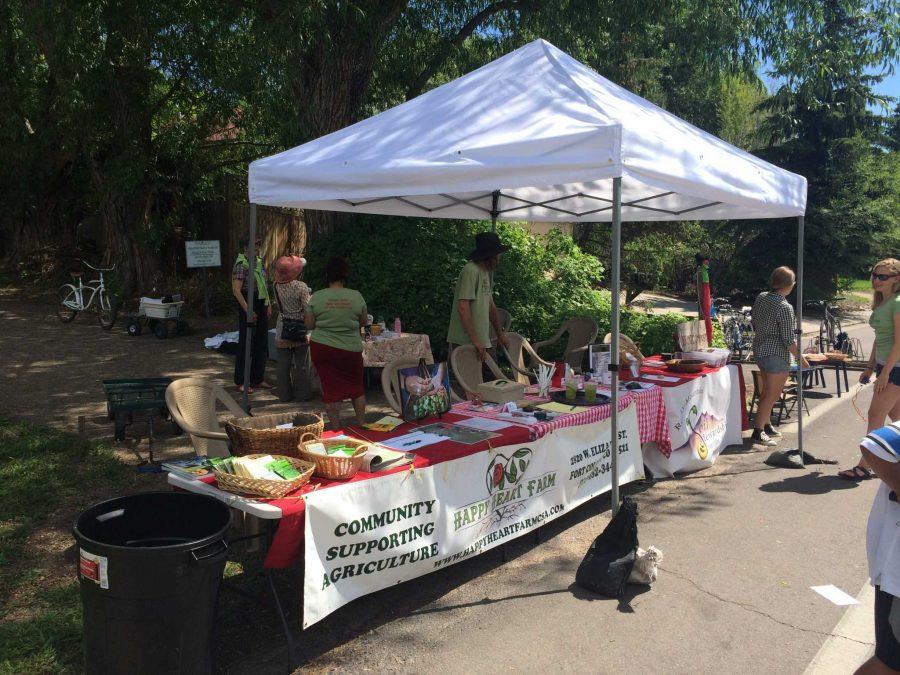 Editor’s note: A previous version of this article misstated that the Growing Project is a national initiative which seeks to educate communities on the benefits of local, healthy food sources. The Collegian regrets its error.

After decades of operation, Happy Heart Farm, a Community Supported Agriculture farm on West Elizabeth Street, sold a record low number of shares in 2015. The farm had to begin looking for alternative means of bringing in revenue while still maintaining its integrity. While CSAs are gaining popularity, with more than half of the CSAs in the United States founded in the last five years, Happy Heart is not the only farm facing new hardship.

A CSA is a program many small farms use to recruit volunteers and community members to help work the soil. Most commonly, a CSA farm will sell shares at the beginning of the season to those who would like a portion of the produce that harvest. Produce gathered in this way is often region-specific and reliant upon the season, so a Colorado CSA program will likely never grow oranges in February.

“Originally, we didn’t have to worry about selling while growing,” said Bailey Stenson, co-founder of Happy Heart Farm. “Now we do because membership is down. It was terrifying to know at the beginning of the year that shares weren’t sold.”

Stenson said she believes the sudden growth of the CSA movement is not to blame, but rather the lack of education about the availability of local food.

“There (are) choices out there,” Stenson said. “The issue is most people are ignorant about us. Anybody interested in public health should want to educate people.”

Some CSAs have made an effort to bring locals to their farm and educate them about how the system works. For example, the Shire, located just south of Lesher Middle School, hosts First Friday on the Farm on the first Friday every month in association with the Growing Project.

The convenience factor and Prius syndrome

An integral part of the CSA movement is the desire to reconnect with the earth and respect it. Many CSA farmers emphasize their desire to provide healthy local food while still maintaining an ecological balance. Many CSA farms in Fort Collins are organically certified.

Dennis Stenson, co-founder of Happy Heart farms, said he believes that the CSA’s main enemy is the convenience factor. He said locals know about alternative food options, but do not take them.

“People in Fort Collins are very excited to have a Trader Joe’s and a Whole Foods and all those places where you can get the world’s food stacked up to the ceiling 24 hours a day,” Stenson said. “At a CSA, you have to take what is being picked. The real competition is convenience. Convenience is seductive.”

Casey Hanebuth, co-founder of Found Springs, a farm created in 2015, said while people have the right intentions, they often do not take the best options available to them when it comes to getting food. It is not their fault, he said, but rather due to what he calls “Prius syndrome.”

“The inspiration for the term came from the fact that the Prius is a very unsustainable vehicle,” Hanebuth said. “But people are still getting them, and it appears to them that it burns less fossil fuel. The heart is in the right place, but the mind is still caught up in thinking ‘I need money.’”

Hanebuth said Prius syndrome is a result of savvy marketing that appeals to people who want to enact positive change. This marketing instead makes people believe what was marketed to them will lead to positive change, when in fact it does not.

Nic Koontz, owner of Native Hill Farm, said the CSA movement actually needs to change its established methods of selling produce and begin to better meet the consumer’s needs and preferences. Native Hill Farm was founded more than seven years ago and has stayed successful by adapting to what customers wanted from the farm.

“We all (CSA farmers) need to realize that markets for all goods are changing rapidly, and the business-as-usual approach can lead to frustration when you can’t sell all your CSA shares or have a poorly attended farmers market,” Koontz said regarding changing produce selling strategies.

The future of CSAs

The CSA movement has grown an incredible amount these past few years. Each year, there are a few more farms added to the community, and the movement is still growing.

“As the movement grows, matures and gets more competitive and crowded, I think it will take a more cooperative approach amongst farmers to increase the awareness and demand for local food,” Koontz said. “We are going to have to put our collective heads together as farmers to figure out how to get this great food to those that want it, and it may not be through our established CSA model.”

“There are a lot of people (who) want local food, but just have not found a way to access it that fits their lifestyle,” Koontz said. “I have faith that we as farmers can figure it out. Solving problems is what we do for a living.”

Collegian Reporter Erik Petrovich can be reached at news@collegian.com and on Twitter @EAPetrovich.