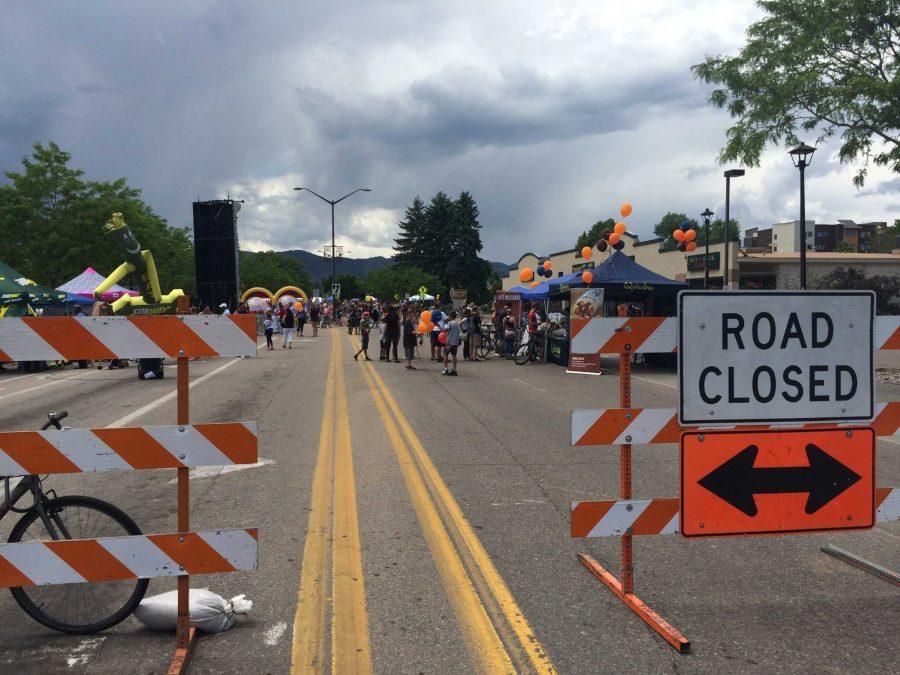 Raymond Wharton met three people who lived within a mile of Happy Heart Farm who did not know it existed. It had been a tough year for selling farm shares. What Happy Heart Farm needed was exposure.

All the cars from Shields Street to Overland Street disappeared to make way for a five-hour long festival celebrating active culture.

Around 75 businesses opened their storefronts to the street festival alongside 50 activity hubs. About 3,000 to 4,000 people showed up throughout the day, with help provided by more than 40 volunteers.

The Open Streets initiative aims to promote community involvement, local businesses and physical activity by shutting down large stretches of road to vehicles. Instead, locals can explore what their city has to offer by biking and walking or using alternative transportation.

Happy Heart Farm, a local community supported agriculture farm that has been in operation for more than 30 years, partnered with Rocky Mountain Soil Stewardship to spread their message of sustainability during the event.

“You get higher quality, healthier food,” said Raymond Wharton, a longtime volunteer with the farm. “You support keeping traditional skills in the neighborhood. We’re really trying to reach out and help maintain what is growing in Fort Collins.”

Fort Collins took inspiration from Colombia and its weekly Ciclova, or cycle way, where 70 miles of the city’s streets are closed to vehicles so that people might bike instead, according to a press release. Fort Collins was also inspired by Seattle, which closes down the same section of road every Sunday so the community can use it to their own desire.

Becky Moriarty, the Fort Collins Moves event coordinator, worked on both the Open Streets events in Fort Collins and helped to plan Bike to Work Day.

“I think that there are a ton of benefits to this event,” Moriarty said. “I think we will see some longer-term changes after the event in terms of people making changes to their lifestyle.”

Moriarty said she believes that Fort Collins should try to make it a more regular occurrence for the city, and said it could eventually be done weekly.

“I think it’s all about finding the right route and the right street to host it on,” Moriarty said. “I think by holding this event, we’re starting the conversation and getting people to think about what it would be like if we could do these things more often.”

Deputy Director of the Poudre River Public Library District Ken Droves said he hopes it will grow into an annual community event.

“We are all about building stronger communities,” Droves said. “It’s a really special time and hopefully it can grow in the future into an event we enjoy every year.”

The next Open Streets event in Fort Collins will take place from 10 a.m. to 3 p.m. Sept. 20. Remington Street is scheduled to be shut down from Lake Street to Mountain Street.

Collegian Reporter Erik Petrovich can be reached at news@collegian.com and on Twitter @EAPetrovich.