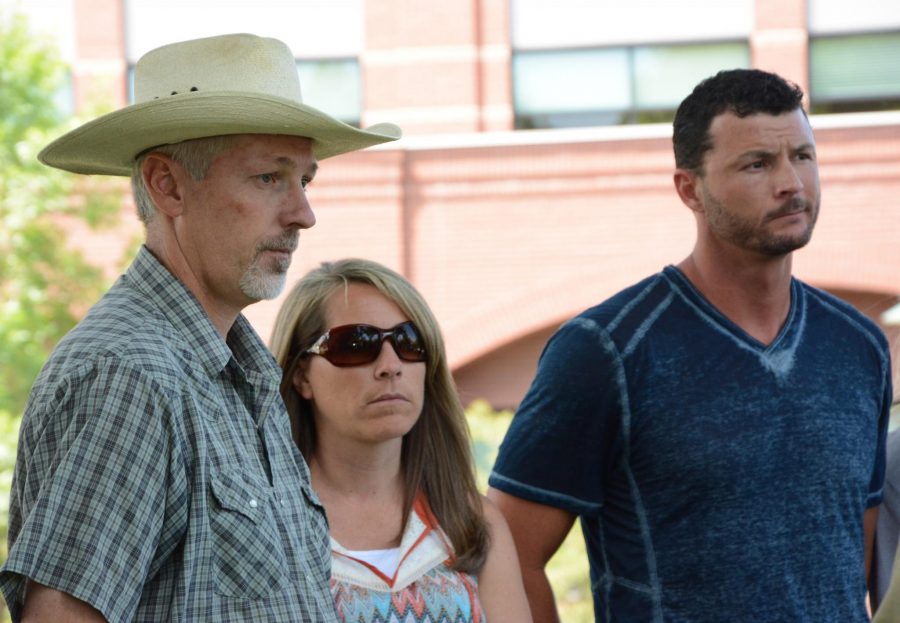 Shannon Gaes, the father of a 16-year-old Poudre High School student who died from the plague last week, spoke to press Tuesday.

Gaes said the family has not had time to mourn after his son’s death.

“We haven’t been able to be by ourselves,” Gaes said at the only press conference the family planned on having after the story of his son’s death reached national news outlets.

This was the first confirmed case of plague in Larimer County since 1999. Gae’s son, Taylor, died June 8 and was later confirmed to have the disease.

“At this point we have no idea where he got it or how he got it,” Gaes said.

Gaes said he wanted everyone to be aware of the dangers of the rare disease. County officials say the disease may be contracted from fleas on a dead rodent or another animal. Past cases of the plague have been contracted in the northern area of Larimer County.

According to Gaes, his son was very active and would always be outside of their ranch, located near Livermore where they have lived for over 11 years.

At the press conference, officials said there is no heightened risk of the plague being contracted.

Health officials believe Taylor contracted septicemic plague, a very fast and lethal variety of the disease, although it is not confirmed.

Bubonic plague is the most common form of the disease. Symptoms begin two to six days after contact with an infected flea, rodent or cat.  Symptoms include swollen lymph nodes, sudden onset of fever or chills, severe headache and extreme exhaustion.

According to information from county health officials, both forms of the plague can be successfully treated when quickly diagnosed.

Those who have had possible exposure to infected rodents or fleas and are experiencing these symptoms are urged to consult a physician as soon as possible.

An average of seven cases occur each year nationally, according statistics from the Center for Disease Control. Since 1975, Colorado has had 63 cases of plague, eight of which were fatal.

Collegian Senior Reporter Skyler Leonard can be reached at sleonard@collegian.com or on Twitter @Skyler_Leonard.