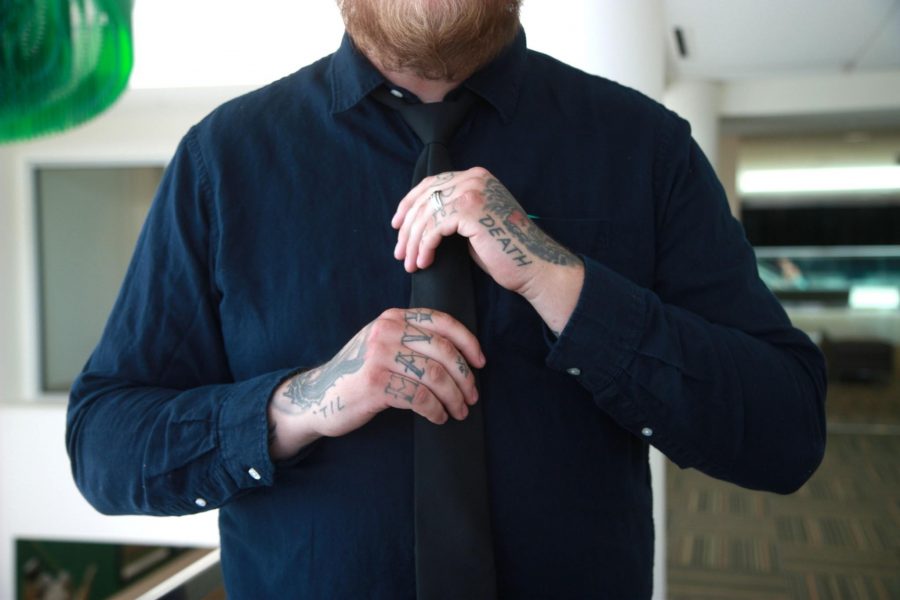 Employers may still be judging job candidates by the ink on their skin rather than the content of their resume.

Of the 45 million U.S. residents with tattoos in 2013, about 17 percent regret getting them, according to a Pew Research Center survey. Many of those surveyed said it affected their ability to get a job.

Despite the fact that tattoos may affect a candidate’s ability to receive a job offer, the number of tattooed college students is growing everyday. According to the Pew Research Center, 36 percent of adults ages 18 – 25 have at least one tattoo.

With so many students entering the workforce after graduation, it can be challenging to maintain a professional appearance while still wanting to express yourself, said Kira Hutchinson, a senior psychology major.

“I definitely have worries about (getting a job after graduation),” Hutchinson said. “I’d love to have more visible tattoos, but at the end of the day getting a job is still important.”

Those with tattoos said they find themselves working harder and having to cover their tattoos when going to an interview or while meeting with employers.

“I’ve done a lot to make myself look good on paper and will dress very professionally any time I’m interacting with employers, like an interview or at the career fair,” Hutchinson said. “I definitely feel like I have to be more conscious about my appearance and how I present myself if my tattoos are showing.”

Students said that part of the reason that tattooed adults are having trouble finding jobs after graduating is due to the stereotypes associated with them, but many students see it as a challenge to change those attitudes.

“There are negative stereotypes (of) with people with tattoos, like they are somehow less intelligent,” said Caley Young, a biological sciences senior applying for nursing school. “But, for the most part, tattooed people are just as smart and hard working as anyone else.”

People with tattoos say that their individuality is important and that they don’t believe tattoos affect their work ethic or ability to do a job.

“It’s important to me to not hide who I am,” said Rachel Braley, a senior psychology major. “I want to go against the social norms. I work harder than others, so I can show that people with tattoos are smart and intelligent.”

Though tattooed individuals may have to work to set themselves apart from others, some hope that this will change, and that tattoos will no longer be workplace taboos by the end of our lifetime.

“With our generation being more accepting of tattoos, I think we’ll see more visible tattoos when we enter the workforce,” said Adele Mead, an apparel and merchandising major.

Self-expression may be one of the main reasons tattoos are so appealing to many young adults.

“When people get tattoos, it’s usually meaningful,” Young said. “It’s an expression of who a person is. That’s why I would like them to be de-stigmatized.”