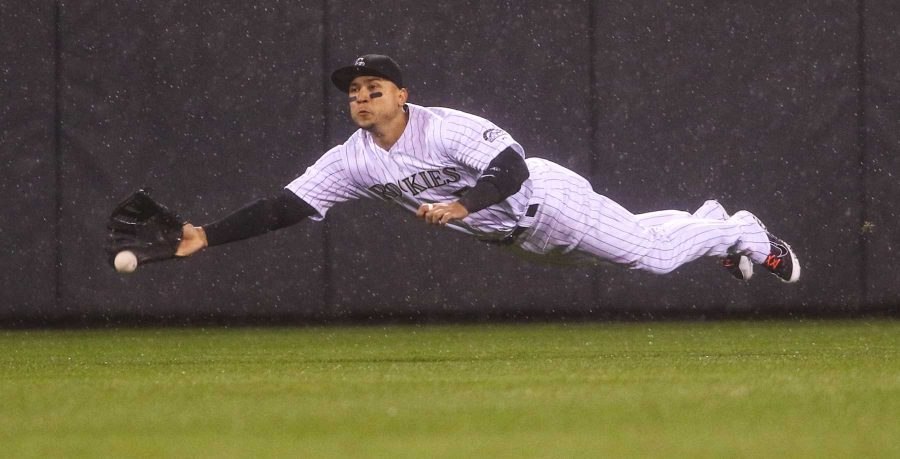 The rain was not the only thing that stopped the Colorado Rockies from winning their game Friday night at Coors Field.

The Los Angeles Dodgers went to work quickly, scoring two runs in the first inning. That was all the Dodgers would need as they held on to beat the Rockies 2-1 with the game being called early in the 6th inning due to rain. This marks the seventh straight loss for the Rockies.

The Rockies suffered a critical dropped fly ball by outfielder Carlos González and a hit by pitch by starting pitcher Eddie Buttler.

The Rockies’ next home game is scheduled for May 18 at 6:40 p.m. against the Philadelphia Phillies.

Collegian Photo Editor Abbie Parr can be reached at aparr@collegian.com.