The Rocky Mountain Collegian • May 6, 2015 • https://collegian.com/articles/news/2015/05/csu-student-ashley-wylde-expresses-herself-through-slam-poetry/ 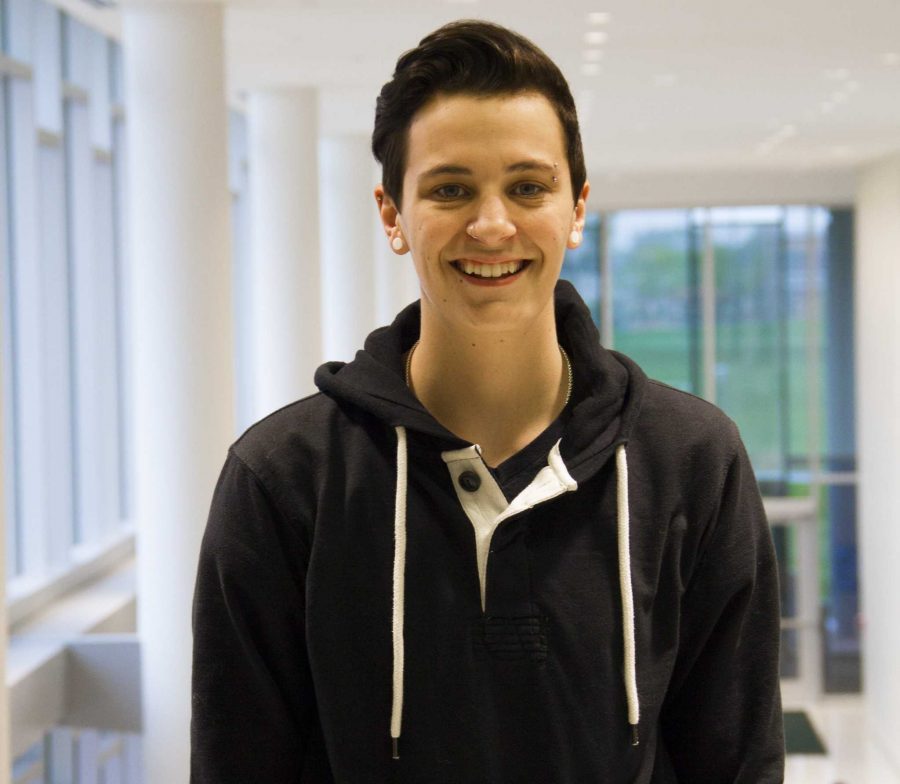 CSU student and 3 year slam poet Ashley Wylde was recently asked to perform at the Fredonia Poetry Festival at the State University of New York Fredonia.

Spoken word poetry is a style of poetry that is intended to be performed onstage rather than just read on a page.

Ashley Wylde, a Colorado State University communication studies senior, was contacted by the Fredonia Pride Alliance to perform a 45-minute set of her own spoken word poetry at the State University of New York Fredonia at a poetry festival in April.

“My favorite part of the experience was getting to go and be in that place as if I belonged there for a day,” Wylde said. “I really got to integrate. … I really got to expand my knowledge of humans (and) of the world in general.”

A GIF set for her poem called “Meet Yourself in the Mirror” has recently accumulated 1.4 million notes on Tumblr. The poem was inspired by a memory of a conversation that she had when she was younger.

“The reason I wrote the poem is because I needed the reminder that that’s where I needed to be coming from — a place of self-love and self-acceptance,” Wylde said. “What I didn’t anticipate is that so many other people needed to hear that as well.”

Wylde has always been a poet, but started performing after seeing Andrea Gibson in October of 2011 at the Ramskellar and feeling compelled to write. She performed her first poem that December. In March 2012, she competed at the Women Of the World Poetry Slam.

Wylde writes as a form of self expression, and finds inspiration from the world around her.

“Whatever it is I am needing to process, or wanting to think through, or work through, or something that I see that is beautiful or ugly, or anything that strikes me usually turns into a poem,” Wylde said. “Poet is one of my largest identities, and so what I typically write about is whatever needs to get out of me.”

Performing in New York is what made Wylde realize that it is possible to perform poetry full-time if she works hard enough.

“If I could make a living doing nothing but writing and performing poetry, that would be my ideal life,” Wylde said.

In Fort Collins, the poetry community comes alive every month to compete in local slam competitions, where poets perform original poetry they have written and are judged by completely random people on a scale from 1-10.

Slamogadro at Avogadro’s Number, which occurs the last Sunday every month, was founded by five CSU students who wanted to give more opportunity for people to perform their poetry.

Summers Baker, a creative writing senior and one of Slamogadro’s founders, got involved with slam poetry when he went to his first poetry slam at the First Friday Poetry slam at the Bean Cycle Cafe.

“I just started going to these slams and was like, this is living breathing poetry,” Baker said. “It felt very communal and beautiful, with everyone sharing their life with each other, and it’s just been building since then.”

Junior English creative writing and education major Noah Kaplan has been writing for about five years and was a semi-finalist at Slamogadro in April.

For Kaplan, inspiration comes from interactions with people, even small ones.

“I get inspiration from the people I meet and experiences I have,” Kaplan said. “I’ve got one poem I wrote about a cashier at a grocery store. It’s one of my favorite poems and it is about a thirty second exchange I had with someone at a grocery store.”

As a creative writing major, he believes that there is a danger to institutionalized writing because it does not leave room for innovation. The art of spoken word leaves plenty of room for creativity, according to Kaplan.

“You are allowed as a writer to try new things,” Kaplan said. “Open mics and poetry slams give us space to really explore and play with language, and I think that is the point of any writing.”

Collegian Reporter Seth Bodine can be reached at news@collegian.com or on Twitter @sbodine120.