The Rocky Mountain Collegian • May 6, 2015 • https://collegian.com/articles/news/2015/05/ascsu-elects-speaker-pro-tempore-ratifies-executive-cabinent/ 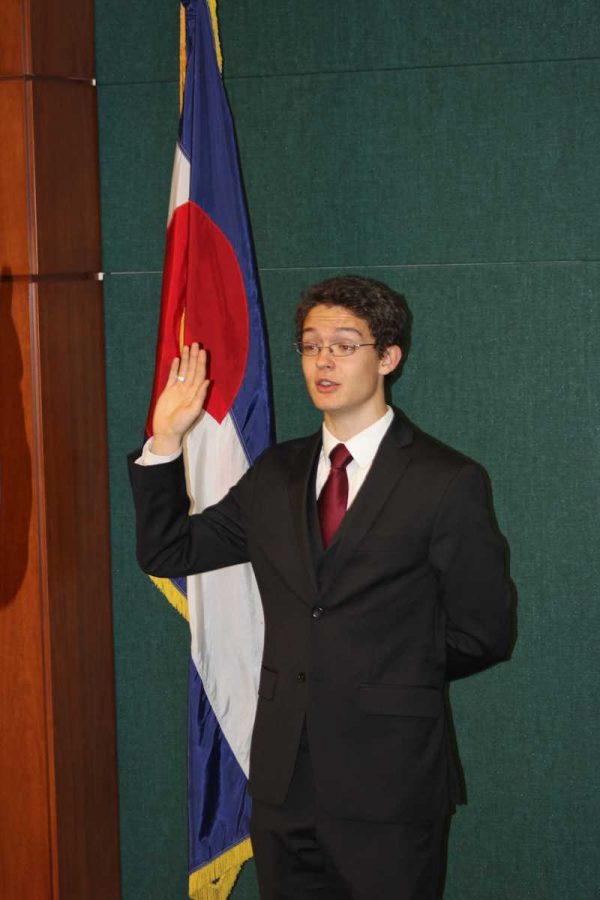 P.J. Seel was elected as speaker pro tempore during the 45th Senate of the Associated Students of Colorado State University Wednesday night.

Seel immediately took over running the senate meetings, which follows the plan set by Vice President Taylor Albaugh for the speaker pro tempore to be in charge of senate, instead of the vice president.

“The speaker pro tempore position as a whole needs to be a poignant, organized and passionate individual,” Albaugh said. “However, when they do chair senate, they have to be an unbiased person.”

Before the senate voted, Seel said in his speech that the senate has the drive and determination to make changes, and that he would love the opportunity to lead them.

“If I can be at the helm of this organization, if I can have all of you in front of me, we can make changes,” Seel said in his speech.

Albaugh said that she will still start and end all senate meetings, in accordance with the ASCSU constitution, but Seel will run the senate meetings.

Andrew Bondi, senator for the graduate school, said that he has written many pieces of legislation with Seel, and that he will do well as speaker pro tempore.

“I think he is the right individual to be leading ASCSU,” Bondi said. “He has the passion and the drive to take this organization to a place that it’s never been before, and I’m extremely excited for a year underneath Speaker Seel.”

ASCSU President Jason Sydoriak said Seel is well qualified for the position because he will be able to keep meetings concise, and has experience with parliamentary procedure.

“I threw my endorsement behind him because I have served alongside him as a fellow senator, and I have seen the sort of leader he was, and what he will be,” Sydoriak said. “I know that he’s going to carry out some great things in the year to come.”

Members of the executive branch were also ratified by the senate Wednesday night.

According to Albaugh, after she and Sydoriak were elected, they chose people to fill these positions through an application and interview process. She said applicants could be any student on campus.

“There was actually a lot of people this year who are coming from external organizations and external places,” Albaugh said. “I think it follows suit with what Jason and I were saying during the campaign, is (that) we wanted to change things up a bit, and bring in some fresh faces and some fresh insight.”

Collegian Reporters Sady Swanson and Veronica Baas can be reached at news@collegian.com or on Twitter at @sadyswan and @vcbaas.