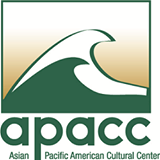 The faculty panelists at Asian/Pacific Islander Student and Faculty night share only one thing in common: they are all employed at Colorado State University. Their cultures, ethnicity, backgrounds and generations all vary so differently that even some of the panelists are caught by surprise.

“To be honest, I didn’t know what to expect at this event, but coming here and seeing the other panelists, I realized that we all had different backgrounds,” said Mark Lee, a marketing professor and one of the featured panelists. “I am a 1.5 generation since I immigrated here relatively young, but was born in Korea. But I sat next to someone who lived in China and came here just recently, then there was someone half Japanese and half American, and another person who was 1.5 generation, so it was even a learning experience for me to see the diversity within the Asian culture as well.”

API Student and Faculty night at Colorado State University featured free food and a panel Q&A session with faculty members who identified as Asian/Asian American. According to the liaison between Ram Events and APACC, Yuni Groff, senior business major, API Student and Faculty night was geared more toward those who identified as Asian/Asian American.

“The main goal for most events is just attendance, but for this event it’s more about if students come and take away something new or feel a bigger sense of community that they did before attending the event,” Groff said.

“It was really nice to see how these professors got to where they are today and how they struggled along with their identity, but they have been able to overcome that and become comfortable with who they are today,” Ngo said. “I think it’s great as students to be hearing these stories because I know for me, coming up here to CSU was pretty rough my first semester. But now, I feel like I’m getting a better grip on how college is and especially with my Asian identity, I’ve really learned how to embrace who I am.”

Collegian Reporter Amanda Thompson can be reached at news@collegian.com or @amanduhh3003.