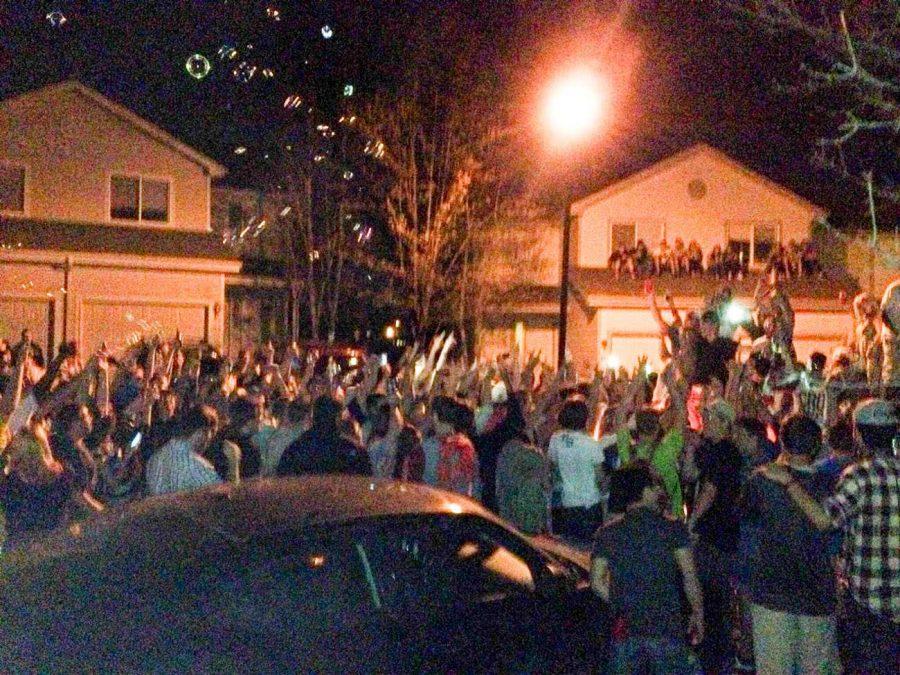 A social host ordinance in the works would make it illegal for someone to host a party in Fort Collins where people are drinking underage, according to Team Fort Collins Executive Director Gordon Coombes.

Coombes said that the ordinance would put more pressure on the hosts of parties to prevent underage drinking.

“It requires them to be more responsible about who is coming to the parties,” Coombes said. “You can’t just throw a party and hope for the best.”

Coombes said they proposed the ordinance to be a civil violation, meaning the violation would not appear on a person’s criminal record.

“They don’t want college students to come to CSU and walk away with a criminal record,” Coombes said.

There is a fine associated with the proposed ordinance: $500 for the first offense within 12 months, and $1,000 for the second offense in 12 months.

“The person that’s hosting the party can actually absolve themselves from the liability if they call it in (themselves),” Coombes said. “We want to give people an out.”

Team Fort Collins has been working on a social host ordinance for years with pushback from CSU, according to Coombes. CSU administration was concerned that the ordinance would deter students from attending the school.

“It doesn’t discourage the people that are there from drinking,” Shafer said. “I’d feel bad (if the host were ticketed).”

Team Fort Collins is still working on some issues with the social host ordinance, including which roommates are held responsible if only one is home for a weekend and throws a party without the other’s knowledge. Another is whether or not the landlord holds any responsibility.

“There are other ordinances that start to kick in once there are multiple violations at a property that could affect the landlord,” Coombes said.

Coombes said they are still working on defining the number of people who have to be involved to make it a party. Currently, it is two or more.

Director of Community Development and Neighborhood Services for the City of Fort Collins Laurie Kadrich said that they are looking into ways they could combine the ideas of a social host ordinance into other existing ordinances.

“This could be an opportunity for additional development of the nuisance ordinance,” Kadrich said. “We wouldn’t have to start from scratch (if we went that route).”

Shafer said that hosts should be in control of their parties, but this ordinance takes the responsibility too far.

“Hosts are not going to be able to keep track at big parties,” Shafer said.

Coombes said that the alcohol does not have to be knowingly provided to an underage person for it to be an offense. He urges hosts to check I.D.s and said Team Fort Collins plans to host events where they show hosts how to check I.D.s and give out wristbands to identify who is of age.

“The challenge for law enforcement is, when they go to a party and there’s a lot of alcohol there and someone is hosting the party, it’s harder to tie who provided this item of alcohol to the specific person who’s under the age of 21,” Coombes said. “It’s harder to really deal with the real issue at hand.”

Law enforcement can still use their discretion in issuing tickets or violations for other laws, like MIPs, Coombes said.

“This wouldn’t change how they would deal with other laws,” Coombes said.

According to Kadrich, they are in the research phase now, and they are scheduled to present the ordinance to city council May 12. If the council approves of the idea, they will start the public engagement process and collect public opinions.

“It has a tendency to change a culture or cause a cultural shift, where you’re going to get compliance over time,” Coombes said.