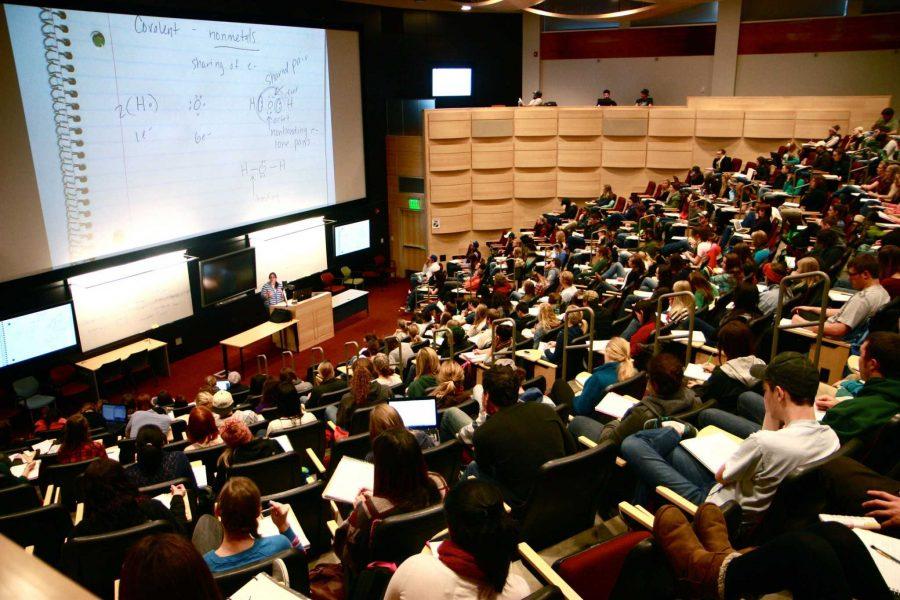 In the College of Liberal Arts senior capstone, many differences exist between instructors and majors.

According to Daniela Castillo, a journalism and technical communication professor, although journalism instructors teach their capstones differently, they all have the same goal for their students.

Castillo focuses her class on post graduation skills as well as on readings about discrimination in the world place, racial biases and technology’s role in today’s society.

According to Jared Orsi, an associate professor of history, many history capstone classes involve reading and then a culmination project at the end. Although Orsi followed a similar path when he first started teaching senior capstone classes, by 2012, he decided to teach students in a different way.

The 18 students of the class built a website about a national park in southern Arizona, which had more than 100 subpages over the course of the term. Students were responsible for conducting primary source research and writing it up in a manner, in which the general public would be able to read it.

“The students really had a blast,” Orsi said. “The reason I took this alternative route was that I found that lots of classes over the year, that students do their best work when their assignments have some application outside the four sides of the classroom.”

John Straayer, professor of political science has changed the format of his senior capstone class from when he started. Straayer said that when he started, he relied on the American politics reader, but now he is more focused on contemporary material.

“I like to have readings that provide some kind of broad historical perspective on American politics,” Straayer said. “I have the reading materials be of a nature where you can see some connections, you can resonate a little bit with some of the cyclical patterns in American politics.”

The political science senior capstone seminar that Straayer teaches involves readings of the Federalist Papers, writings by Richard Hofstadter and more contemporary readings such as about the recession. In addition to readings, the class involves discussions about what was read.

Bonnie Jacobi, an assistant professor of music, theatre and dance, explained that seniors in the music education capstone class teach music classes and meet five times a semester to discuss how the classes are going.

“During that semester, they are out in the field teaching,” Jacobi said. “They’re out applying all the knowledge and skills that they have been training for, for three and half years.”

Straayer hopes that students bring away a love for learning from the senior capstone seminars.

“(In capstone classes, students) learn to appreciate and love reading new stuff (and develop) a deep and continuing appetite for literature, for reading, whether you’re reading international politics, or classical political philosophy or American history,” Straayer said. “(There is) a sense of delight, not working on assignments as drudge assignments that (have) to be completed by midnight.”

Collegian Reporter Matt Gindin can be reached at news@collegian.com or on Twitter@mgindin1.