Names to be given to current and future bike routes 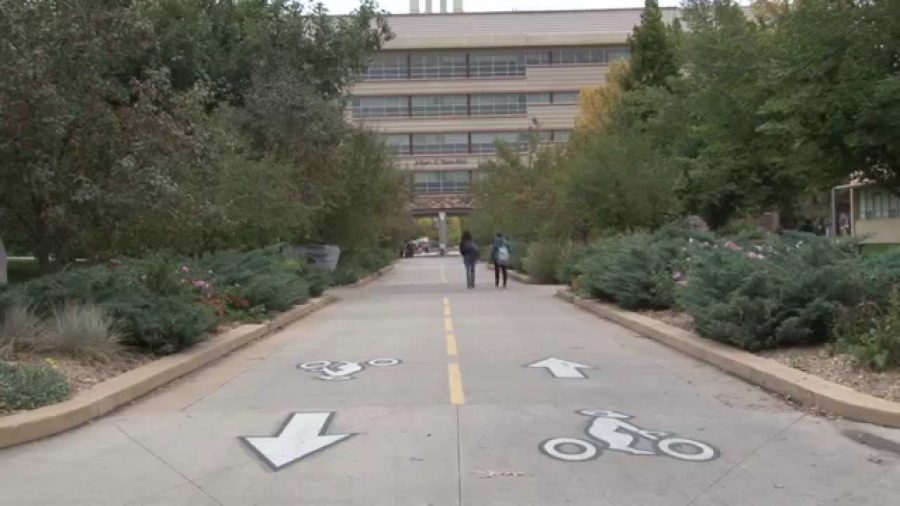 Bike routes that go through the Colorado State University campus will soon have names, increasing wayfinding and establishing future routes planned around construction.

“We’re building a lot of buildings right now,” Fodge said. “(Naming future routes) helps preserve these corridors so we don’t build over them.”

According to Fodge, naming future routes keeps them in mind when construction starts, which ensures the routes will be built and that the paths will be accessible and practical in size.

The names will hopefully make it easier for cyclists to get around campus by having more clear directions, according to Fodge.

Campus Bicycle Advisory Committee Co-Chair Dan Baker said that naming the routes creates a cohesive network around campus and makes it easier for cyclists to get around.

Fodge said that the trail wayfinding is in line with the inclusivity efforts from the Office of Diversity.

“We want to make the campus inclusive for all, whoever you are and how(ever) you choose to travel here,” Fodge said.

CBAC Co-Chair Bret Ellis said that formalizing the names of the trails makes us a more bike-friendly university.

Ellis also said that it is important to have wayfinding throughout campus because many people travel through campus on their commute.

“We need to facilitate and encourage that,” Ellis said.

Fodge said that the route names will be added to Google Maps in the next two months, so people commuting can use Google Maps to identify which bike routes to take on campus to get to their destination.

Later, the University maps will be updated, but the University has wayfinding standards that the names must get approved through, according to Fodge. Signs should go up for the routes over the next three years.

Fodge said the funding for these signs comes from many different places including the Parking and Transportation Services budget, Facilities and the budgets from new buildings where the new routes will be located.

Ellis said that, in August, they plan to apply to become a platinum or gold level university from the League of American Bicyclists.

“We are hopeful and optimistic that steps like this will elevate us to this level,” Ellis said.