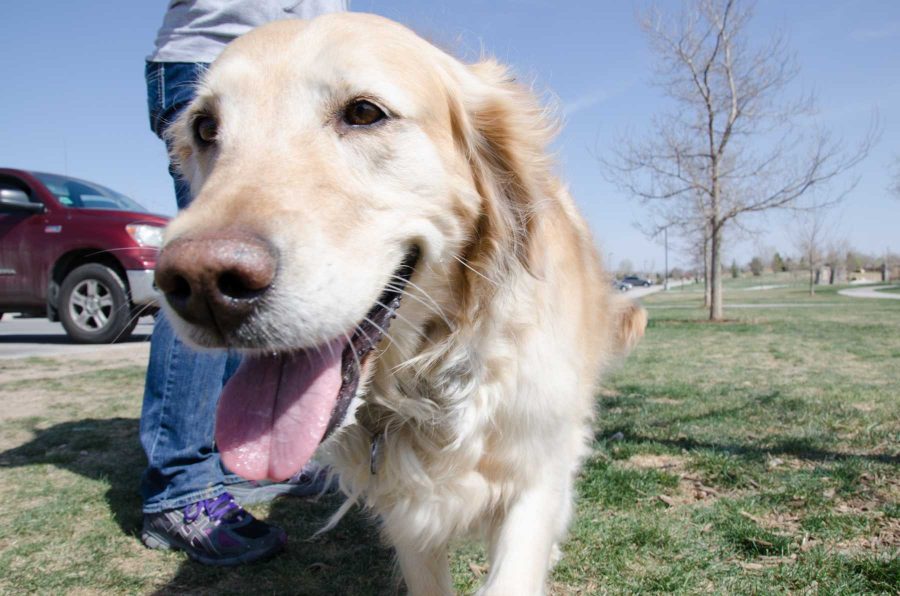 The Golden Retriever is loyal, loving and now life-changing.

The Morris Animal Foundation enrolled their 3,000th dog, Chloe, March 26. Chloe and other Golden Retrievers will help scientists to understand more about the development of diseases in animals and help researchers to learn more about human diseases and health.

According to Study Director Erin Searfoss, this foundation began about two years ago and launched to the general public in September 2012.

“It’s what’s considered a long-term observational study, so we are basically following dogs throughout the course of their lives,” Searfoss said. “The study’s primary focus is cancer, but we expect to learn a lot about other secondary diseases like diabetes, orthopedic issues, hypothyroid.”

This study has owners fill out a questionnaire and then take their Golden Retriever to the vet at least once a year for the various tests, including taking blood, hair and toenail trimmings and a fecal sample.

Searfoss said working closely with breeders, as well as the Golden Retriever Club of America, and generally advertising to the public is how this foundation is able to recruit as many dogs as they do.

The Golden Retriever was not chosen at random.

“We wanted to choose a dog where we could trace the genetic line, so we could determine if there were genetic factors of the disease,” Searfoss said. “We chose Golden Retrievers because it’s a very common breed and it’s a pure-bred dog. Unfortunately, Golden Retrievers also have a very high prevalence of cancer. About 60 percent of Golden Retrievers will develop cancer, and it is the leading cause of disease-related death in dogs over the age of two.”

Searfoss said she has been extremely impressed with the dedication of the participants and hopes that the study will help animals.

“Knowing that I’m hopefully making a difference in the lives of all animals, not just dogs (is what makes it worth it),” Searfoss said.

Diane Brown, the chief scientific officer, is a veterinarian and a CSU graduate who passionate about the work she is doing for this foundation.

“For me to work with this study brings me right into the heart of excellence in improving animal health,” Brown said. “We work globally, so it’s a great opportunity for impacting the health of animals all around the world.”

Brown encourages pet owners who are interested in participating in the study to apply to volunteer on their website.

“It’s a great opportunity for impacting animals around the world,” Brown said.