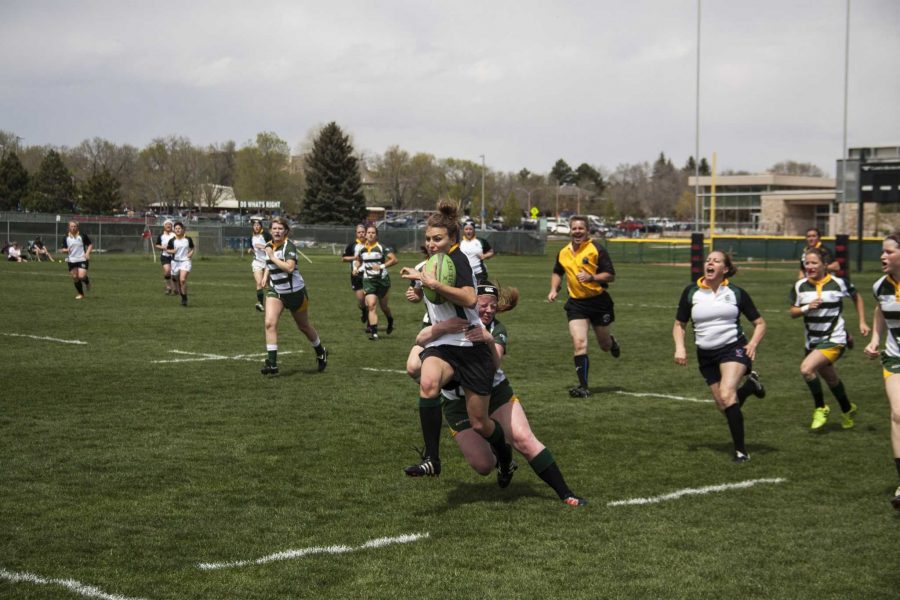 However, the vice president of the Colorado State University rugby team said she loves that players can come from all backgrounds.

The team, consisting of 15 members, plays fall and spring semesters. According to team president Charley Thompson, the majority of the women did not play prior to attending CSU.

“We welcome people from all skill sets,” Thompson said. “It’s a very welcoming, open community. We’re not judgmental at all, and that’s really hard to find.”

Senior communications major Erin Beverage has played on the team for two years, and said she met her best friends on the field.

“I love our atmosphere,” Beverage said. “We’re more of a family than just a team. We hang out outside of practice, we have fun during practice. It’s great.”

However, she recognizes the 80-minute game is extremely strenuous.

“The physical wear and tear is such a challenging part of rugby,” Beverage said. “I’ve gotten tackled so many times, and I think the worst part is that I’ve gotten multiple concussions as a result.”

“It’s really easy for me to look at somebody like Charley, who is extremely (athletically) talented and feel off-put by it,” Bettolo said. “Instead, it’s about saying, ‘I want to play a full half,’ or ‘I want to hit a really good tackle.'”

Dues to join the team are $250 per player, which Thompson said is the lowest of any CSU club sport. The price covers hotels, gas, tournament entry payment and other fees.

“We try to allow everyone to play,” Thompson said. “We find other ways if somebody can’t just give up $250. That shouldn’t be a reason to not play rugby.”

While Thompson says the team loves what they do, they have faced challenges. To continue receiving the equal amount of funding from the University as years past, the team must raise approximately $4,000 by the end of the semester. Through fundraisers, tournaments and selling merchandise, the team attempts to raise money.

“This was the most lucrative semester selling t-shirts, which was huge,” Bettolo said. “I think our largest issue is the lack of dues that we have.”

Despite this, Bettolo said she is optimistic about the team’s future.

“The new people that we have are fantastic,” Bettolo said. “It’s overwhelming. There’s a lot of new things to learn. … They pick it up, and it’s amazing to watch since it’s such a physically and mentally challenging sport.”

The team will play the Air Force Academy May 2 to qualify for nationals.

“Making a good tackle, a clean tackle, a strong tackle is one of the craziest feelings,” Thompson said. “This is very rewarding, especially when you work with your team to make all this happen.”