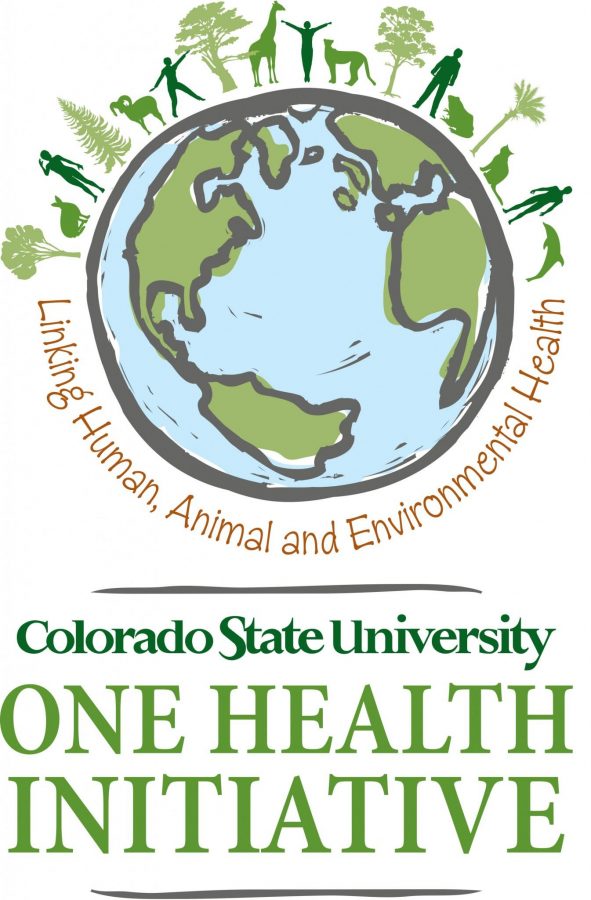 As the human population around the world continues to increase, the demand for resources such as food, water and land is also increasing, which can create complex problems in society.

Mark Stetter, dean of the College of Veterinary Medicine and Biomedical Sciences and one of the leaders of the One Health initiative at CSU, explained that some diseases, such as the plague and tularemia, are passed from animals to humans. Rates of infection are influenced by interactions between humans, animals and the environment.

Interdisciplinary teams composed of people from across the CSU campus will work together to solve big problems related to animal, human and environmental health.

“We are excited to launch this new initiative, which combines our strengths in environmental sciences and animal and human health,” said Alan Rudolph, vice president of research at CSU, in an email to the Collegian. “Our office will advocate and promote key research activities to ensure great impacts of our One Health initiative.”

According to Stetter, the One Health initiative at CSU has been successful in garnering support from government agencies located in Fort Collins, which is critical in solving these problems. He said CSU can play a role in bringing people at these agencies together so they can work in a more collaborative way.

“If we’re going to make a major impact, it’s not just about the research,” Stetter said. “(Research) is a big part of it, but it has to be about public education, outreach, policy and we want this to be relevant to the citizens of Colorado, but we also think that a lot of the things we will learn, discover and do here will have a global impact.”

Stetter said that his work as a zoo and wildlife veterinarian gave him an appreciation for wildlife conservation and the challenges of working with globally diverse groups on complex problems like food security in Africa. Prior to CSU, Stetter worked as director of animal operations for the Walt Disney Corporation, providing management and oversight of all animal-related activities.

One Health leaders at CSU and at government agencies located in Fort Collins have worked together to identify areas where CSU can lend research expertise for the One Health initiative, Stetter said. These areas include disease emergence, food safety and security, ecosystem health, new energy technology and optimizing the design of home, work and community spaces.

Sue VandeWoude, professor and associate dean for research in CVMBS, said CSU is a great place to promote the One Health movement, due to research expertise in animal, human and environmental health. CSU has strong research programs in infectious diseases, wildlife disease and ecosystem health.

VandeWoude’s role on the One Health team is to identify and coordinate researchers at CSU who have the expertise needed to solve problems being addressed through One Health.

The University is developing a One Health Institute, which will provide a reliable and comprehensive source of unbiased, science-based information on One Health issues. The Institute will also provide solutions and implement changes that have an impact on health, as well as provide educational opportunities for students.

CSU is currently in the process of hiring a director for One Health. The director will be responsible for developing this initiative into a One Health Institute that will house interdisciplinary activities.

There is also a  One Health Club at CSU, the first University student organization promoting the One Health movement, created by two CSU students in veterinary medicine and public health in 2008.

According to Francisco Olea-Popelka, assistant professor in the department of clinical sciences and faculty adviser for the One Health Club, this club has been very active in public outreach and education for human and animal health. Students in the club have organized events at CSU and in Fort Collins, such as seminars, discussion panels and a rabies vaccination clinic.

Olea-Popelka explained that students in the One Health Club are not afraid to think big when it comes to partnering with experts and organizations.

“In January, they organized an Ebola (panel discussion),” Olea-Popelka said. “They pulled professors from all over campus. … They are very successful in organizing the activities they do as a club.”

Stetter said students at CSU are enthusiastic about getting involved and making a difference in the world.

“There’s all these young, enthusiastic folks that I think are probably more excited about making a difference in the world than students when I was going to school,” Stetter said. “Students coming in, whether that be undergraduates, graduates, veterinary students (who want to make a difference) — sometimes that’s here in Colorado, and sometimes that’s around the world.”

Collegian Science Beat Reporter Christina Dennison can be reached at news@collegian.com or on Twitter @csdennison.