Consent Turns Me On Carnival advocates the importance of asking consent 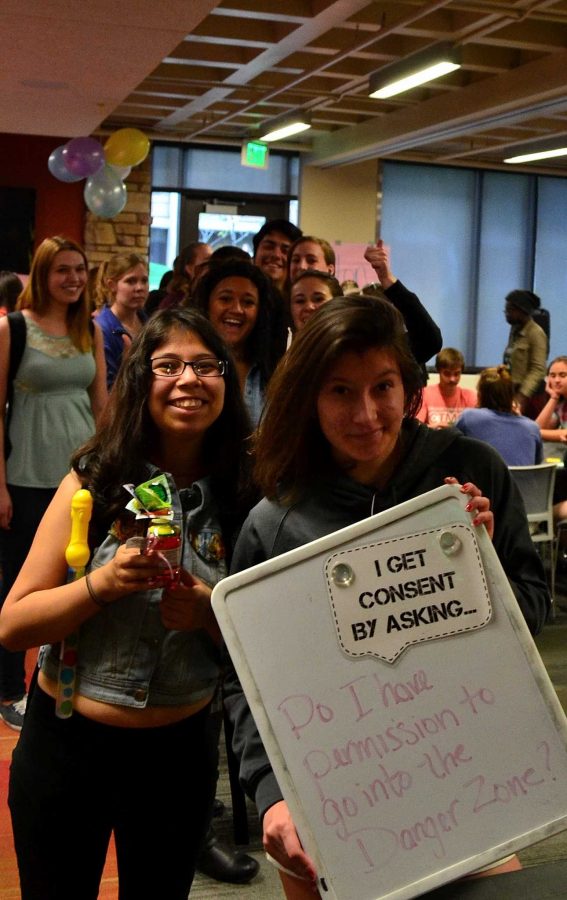 Student rams respond positively to CTMO's question: "How do you ask for consent?" at the Consent Turns Me On Carnival hosted at the Durrell center.

Consent, as defined by the Women and Gender Advocacy Center, means getting a sober “yes” every time you hook up with someone.

As part of Sexual Assault Awareness Month at Colorado State University, the seventh annual Consent Turns Me On Carnival was held Thursday, sponsored by the WGAC and Residence Life. It focused on the importance of asking for consent by using interactive carnival games and crafts with opportunities to learn more about safe and consensual sex in a fun environment.

“It’s about creating change on a very micro level with students and interacting on a personal level,” said Shauna-Li Wolfeld, a sociology major at CSU who works for the Red Whistle Brigade.

The Consent Carnival also focused on getting rid of the taboo that sex has in society.

“The reason why (the carnival) was conceived in the first place is to approach topics like sexual assault and domestic violence from a different angle,” said Carl Olsen, who works in Men’s Programming and Violence Prevention at CSU. “Instead of saying ‘don’t do it,’ (say) ‘here’s what you can do to prevent it.'”

Teaching about safe sex in the community is another goal of the WGAC and Sexual Assault Awareness Month.

“The best part of this event for me has been seeing people from the community reacting positively to sex-positive and consent-positive activities and ideas,” said Teagan Kreimeyer, a freshman at CSU. “I think (the Consent Carnival is) super important because kids have sex, especially in college, so they might as well have a definite understanding of safe sex.”

Not only does consent advocate for communication between partners, it aids in working to ending sexual assault.

“Sexual assault is a huge problem, and the best way to solve it is to educate people about consent,” Kreimeyer said.